Why should the sound of a consort of four viols be more moving than that of a string quartet? It goes against all logic. With its flat back, and played like a Middle-Eastern spike-fiddle, the viol was the primitive precursor of the violin, and its timbre is completely different: while the violin’s sound can be luxuriously calibrated for warmth, vibrato, and tiny ebbs and flows of volume, the viol’s even sound has a plain, bleached quality; perfectly-baked white bread to the violin’s multi-seed loaf.

To listen to Phantasm playing Orlando Gibbons at the Wigmore was to realise that, at its best, Elizabethan viol-music was all about restraint, grace, and subtle shifts in mood – but those qualities didn’t preclude boisterousness when the occasion demanded. Gibbons was a supreme master of the art of counterpoint, letting his intricate patterns develop until the air was thick with interweaving and contending melodic lines; the pleasure is at once intellectual and visceral.

Breathing as one single instrument, this trail-blazing ensemble started with a Fantasia for two voices, and gradually built up to pieces for six: playing without bar-lines, they came to grief in one particularly dense thicket of part-writing, but after restarting brought the piece elegantly home. The ‘Pavan Lord Salisbury’ had intense pathos , the scrunchy dissonance round which ‘The silver swanne’ is built decorously made its point The great Canadian pianist Glenn Gould praised this music as representing an ‘imperishable, distinctly English brand of conservatism’. This kind of conservatism we could do with more of. ****

Directors of Der Rosenkavalier must tackle a number of problems inherent in the work – it no longer has the power to shock, its humour is painfully laboured, and its philosophical message is laid on very thick. Directors must also meet two specific dramatic challenges, the first being to make the relationship between the Marschallin and her sexy young lover Octavian, sung by a mezzo, plausible (something which, with its absurdly miscast, miscostumed, and misdirected Octavian, Richard Jones’s 2014 Glyndebourne production signally failed to do); the second challenge is to prevent the libidinous Baron Ochs from becoming a crashing bore.

Avoiding the usual opening-scene clichés, Robert Carsen’s felicitous production sails triumphantly through these tests, much helped by outstanding performances. Renee Fleming forsakes her comfort-zone to create a finely-nuanced and musically-exquisite portrait of a fading beauty; Alice Coote’s accurately-observed Octavian plays gallantly up to her, while tremulously developing a convincingly boyish love for Sophie Bevan’s affectingly-sung ‘Sophie’. If Coote’s scenes masquerading (doubly) as a girl to snare Ochs are a touch OTT, there’s nothing OTT about the way Matthew Rose plays that character. Rose has looked deeply into it, and has come up with something bombastic but utterly believable, something comic, cynical, and a shade sinister, and his Ochs commands the stage with total authority. This performance will be the benchmark for years to come.

The cool restraint of Paul Steinberg’s designs underlines the lovers’ essential loneliness in the opening encounter, and gives the hallucinatory scenes accompanying Ochs’s growing delusion all the greater force; the brothel scenes are pantingly detailed and startlingly full-on, the portents of imperial decline radiate sad grandeur, and the chorus of singers and dancers are used to create brilliant Symbolist effects. Andris Nelsons conducts for the most part with the requisite mixture of mischief and tenderness, but in those places where the score cries out for a super-refined calibration of sound – notably in the final scene – he fails miserably. (He should be forced to listen repeatedly to a recording of his destruction of Strauss’s ravishingly delicate effects.) Mercifully the singing remains transcendent.

When the eighteen-year-old Trevor Pinnock told the Royal College of Music that he wanted to forsake the organ for the harpsichord, the response could have been crushing. Nobody could make a living from the harpsichord, they said, and he’d also lose his scholarship money. Uncrushed, he made the jump, his local education authority – those were the days! – made good the money, and the rest is history.

His seventieth birthday bash at the Wigmore – which gave him the rare accolade of its medal, only the seventh ever presented, and never before to a harpsichordist – was a triumphant celebration of a brilliant career, co-delivered with just a few of the musicians with whom he has pushed period performance into the mainstream. 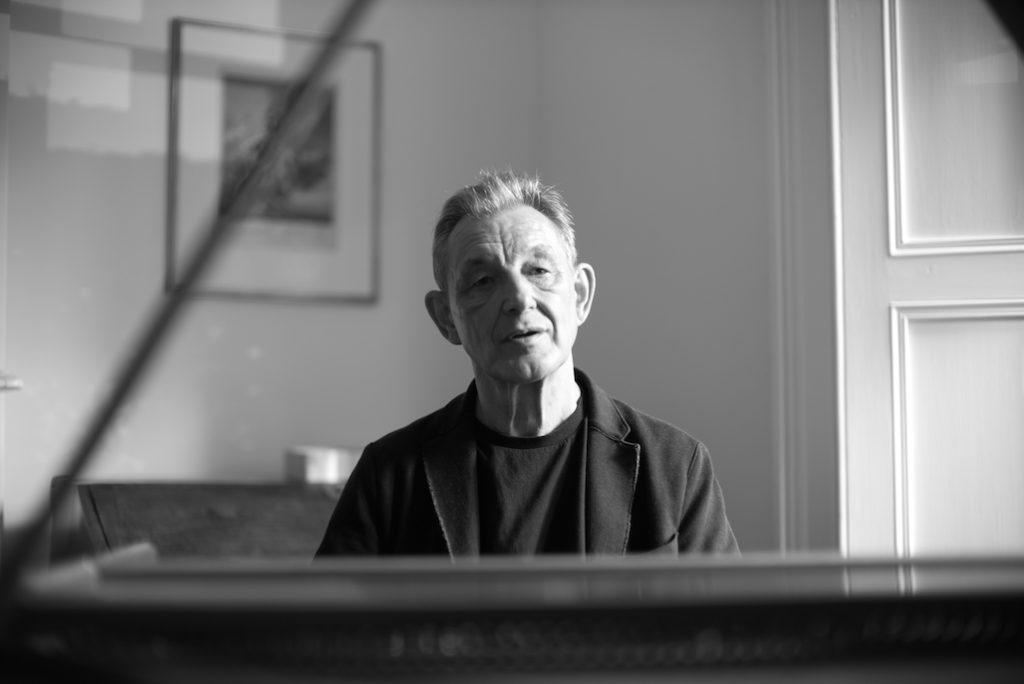 They began with the work with which Pinnock had originally announced the existence of the English Concert, the ensemble which he and Simon Standage founded in 1972. Bach’s second Orchestral Suite is a flute concerto in all but name, and here Katy Bircher was the soloist. If she didn’t match the blazing authority which Tami Krausz had brought to this work (with the Concert de la Loge) in the same hall two weeks previously, she none the less played with a lovely fluency. Rachel Podger’s violin and Jonathan Manson’s cello graced Handel’s Sonata in A Op 1 No 3, and Pinnock’s own virtuosity lit up the fifth Brandenburg.

Then it was the turn of the Royal Academy of Music’s elite Alumni Ensemble – which Pinnock guest-conducts – to give a performance, with soprano Lauryna Bendziunaite, of Erwin Stein’s chamber arrangement of Mahler’s fourth symphony. It didn’t take long for the initial shock of this unfamiliar reduction to wear off: replacing orchestral padding with chamber-music intensity, this was a revelatory account.

Meanwhile Archiv have produced a 12-CD box of the complete Haydn recordings Pinnock has made with the English Concert: treasure of a more lasting sort.

The second half of the eighteenth century saw the emergence of Western classical music’s most perfect form – the string quartet. And the quartets written first by Haydn, then by Mozart, then by Beethoven had a concentrated sophistication which was never remotely reached by their symphonies. Mozart’s six ‘Haydn’ quartets are among the miracles of the genre, and the inscription penned above them was touching: speaking of them as his progeny, and acknowledging his huge creative debt, Mozart dedicated them to Haydn as his ‘dearest friend’ who would ‘look indulgently on their defects’ – though no critic would dare point to even one such thing in these intricate masterpieces.

The Cuarteto Casals have just delivered all six in two consecutive concerts, and one couldn’t ask for better: no other quartet can match this group’s four-voiced marriage, with its particular blend of fine-honed precision and passionate expressiveness. The succession of tempi and moods, the tactile textures, the interplay of colours with their alternating darkness and radiant light – all was flawlessly wrought.

And as a new year begins at the Wigmore, it’s the moment to hail the work of its leading programme-note writer, the peerless Misha Donat, whose essay on this occasion was studded with graceful insights. This is an underrated and extremely demanding art-form, which very few writers master: long may Donat continue.

The plot of Verdi’s most perfect opera has a dreadful symmetry. Courtesan Violetta falls in love as she is dying, but is forced to renounce the brief happiness marriage might have brought on the altar of bourgeois morality; the entire action turns on three relationships.

The Violetta in this revival of Richard Eyre’s classic production is the Lebanese-Canadian soprano Joyce El-Khoury, and, from her first soliloquy to her final aria as she laments her fate, she commands the stage with radiant authority. Her pianissimi are exquisite, her coloratura is bold, fearless and flawless, and the expressiveness of her sound grips the heart. Sergey Romanovsky’s Alfredo is gorgeously sung, but stiffly acted; this Violetta-Alfredo relationship works so well musically, however, that its dramatic shortcomings scarcely matter.

Artur Rucinski is a musically-engaging baritone, but he’s fatally miscast as Germont – he looks more like Alfredo’s younger brother. And he has no idea how to act his role: time and again his body-language directly contradicts the words he is singing, with the result that the great emotional duels of Act Two go for naught. Was revival-director Andrew Sinclair asleep on the job?

In all other respects, with Daniele Rustioni conducting, and with the supporting cast – including gypsies and tumblers – in fine form, this fourteenth revival still makes an excellent evening.

When ENO junked Jonathan Miller’s much-loved production of Rigoletto in favour of Christopher Alden’s take in 2014, we critics predicted that they would soon learn the error of their ways. Well, it’s taken three years, but the Miller version is now back, to general rejoicing. Alden’s modishly sociological reading offered some interesting insights, but it pulled the plot about unhelpfully: his aversion to cosy old naturalism fatally spiked what should be the story’s most heart-rending moments.

Miller’s version may have premiered thirty-five years ago but it has evergreen force, remaining true to Victor Hugo’s conviction – underscored by Verdi – that the real subject of the drama was the curse placed upon the hunchbacked jester by the father whose sexual humiliation he had publicly mocked. And as a piece of stage-design the work of Patrick Robertson and Rosemary Vercoe remains flawless: the club and tenement scenes evoke New York’s Little Italy of the Fifties so convincingly that we feel we are actually there, while the Hopper-pastiche night-bar is as darkly resonant as the painting on which it is modelled.

The first thing to say about Elaine Tyler-Hall’s revival is that it’s well sung, with fine support from Richard Armstrong in the pit. Nicholas Pallesen’s Rigoletto has heft and beauty of tone, while the unforced grace with which Sydney Mancasola delivers Gilda’s arias is a delight. Joshua Guerrero’s Duke has a floating sweetness, and Barnaby Rea’s performance as Sparafucile is pleasingly musical.

Dramatically, however, we are short-changed. This soft-looking Duke convinces neither as Mafia boss nor as Lothario, and this Sparafucile lacks the requisite basso-profundo ballast; more seriously, this jester only half-convinces when he reveals his torments – Pallesen’s singing feels at times like a concert recital (and neither he nor Mancasola deliver comprehensible words). But as the evening progresses, and the Lear-Cordelia tragedy unfolds, the hairs rise as they should on the nape of the neck.

Ekaterina Semenchuk is in such demand around the world for larger-than-life mezzo roles in opera that we don’t often get the chance to hear her as a recitalist. But when we do, it’s always a five-star event. No other mezzo can match her artistry in her native Russian repertoire, and this time she sang a selection from that Russian quintumvirate known as the Mighty Handful, who – with Tchaikovsky – gave Russia its own home-grown tradition in the second half of the nineteenth century.

Their mission was to free Russian music from its German shackles, and to create a style which drew on Russian legend and folk music. Accompanied by the peerless Helmut Deutsch, Semenchuk began with six songs by Rimsky-Korsakov, making the most of their Orientalism and inherent drama, after which came four by Cesar Cui. Sets by Borodin and Balakirev followed, with Musorgsky’s Songs and Dances of Death as her grand finale. 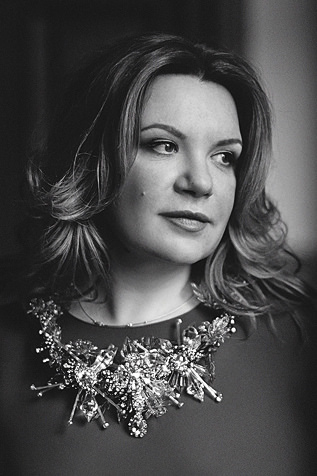 Semenchuk’s art is consummate, with complete ease over a huge range, deploying gaiety and delicacy and with a luscious power always held in reserve. At moments we were reminded of the wicked cackle she can evince for folk songs, and in the Musorgsky her dramatic talent came to the fore. ‘Lullaby’ is a dialoque between Death and the mother of a sick child, and the way Semenchuk altered her tone – between bright and brittle, and sepulchrally calm – was riveting. She gave three lovely encores, the last being Tchaikovsky at his most bewitching, but the audience still clamoured for more.