Three men and three women, each with a microphone, seated in a semi-circle round a table on which a luminous globe had been placed: seven ascending notes, and a seemingly endless array of musical patterns conjured up: the ingredients for Karlheinz Stockhausen’s Stimmung could not have been more basic, nor could the effect have been more resonant. Out of each of those seven notes sprang seven more, with each of those notes working in several permutations. For this piece is based on the harmonic overtones which every note carries above itself, like its personal ladder to heaven. 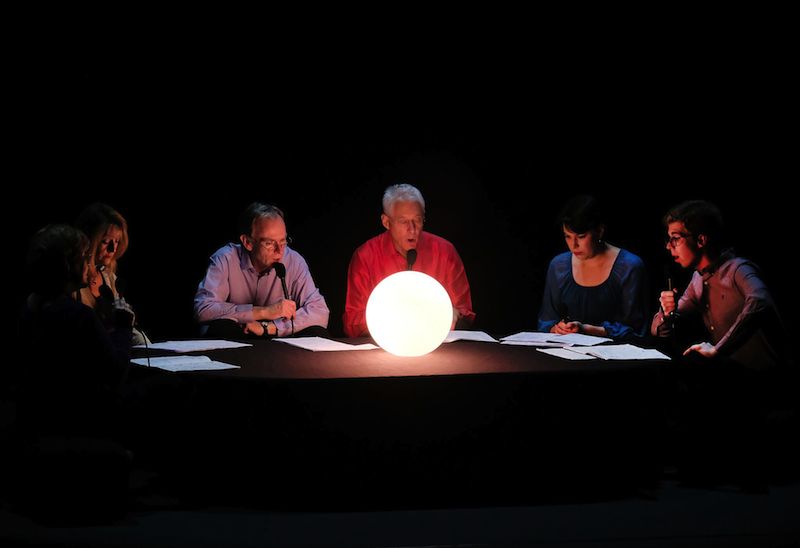 Stockhausen’s Stimmung at the Barbican

Moreover, the German word Stimmung carries its own overtones: ‘tuning’, ‘atmosphere’, ‘agreement’. Premiered forty years ago at the Round House, this classic piece of modernist minimalism was now being presented by the Singcircle ensemble and their director Gregory Rose, who have made a speciality of its performance. Much of the time, over a gently insistent pulse, the mood was impersonal, but every so often words would ring out with a flesh-and-blood urgency: Stockhausen’s text consists of his intimately anatomical German love poems to his wife, thus creating an underpinning of ecstasy.

The singers didn’t cast a spell, and I wasn’t in a trance, but after a while I stopped trying to follow the music’s patterns, and simply let them work on me subconsciously while my conscious brain travelled where it chose. This was a most unusual encounter with musical beauty.

The second half of this Stockhausen celebration – the house was packed – consisted of COSMIC PULSES, his final electronic work. It lasted less than half as long as Stimmung, but seemed infinitely longer. The plan behind it sounds ingenious or batty according to taste: 24 melodic sound-loops, comprising from one to 24 pitches, rotating at 24 different speeds around eight loudspeakers. The composer likened it to ‘the virtual job of synchronising the orbits of 24 planets around a sun, with individual rotations, tempi, and trajectories’. On this occasion a laser artist would translate the musical patterning into light. 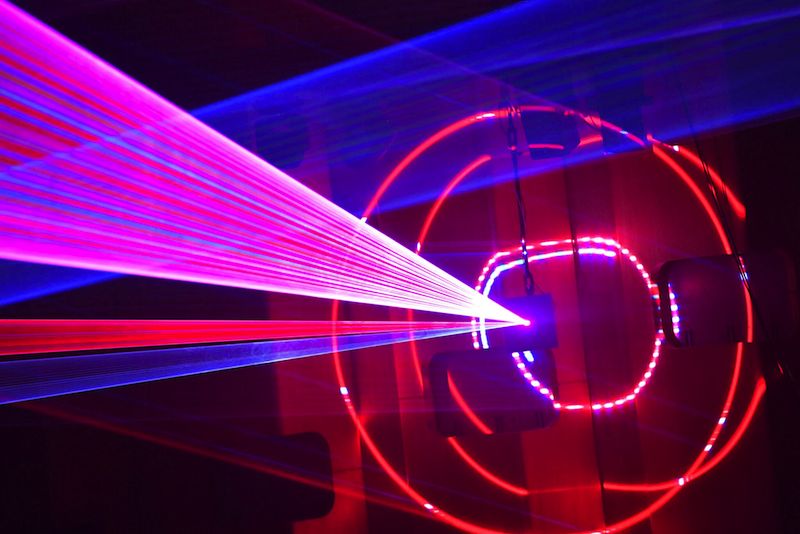 This performance should have been prefaced by the warning given to epileptics when TV news programmes are about to broadcast flash photography, and earplugs should have been handed out. The light show was a throw-back to the spaced-out stuff designed to keep acid-heads happy in the Sixties; the fortissimo sonic element bludgeoned us into submission with the sound of iron girders being hurled about. Stimmung sprang out of a gloriously simple and fecund idea; COSMIC PULSES felt like an angry message from an old man going off his rocker.