Ever since Yehudi Menuhin and Ravi Shankar made their ground-breaking record East Meets West during London’s first flush of enthusiasm for the sounds of Rajasthan, musicians on both sides of the classical divide have been trying to bridge it with other fusions, most now deservedly forgotten. Amjad Ali Khan, master of the North Indian sarod, is critical of that original fusion. ‘The huge limitation was that Menuhin didn’t improvise,’ he once told me. ‘By excluding that, you cut out seventy-five per cent of your possibilities.’ The fusions which followed were in his view mostly too noisy: ‘For me, melody is the most important thing. I have always imagined cello and violin with sarod, complementing one another. Two plucked instruments create confusion, but a combination of bowing and plucking is beautiful.’ And with the British cellist Matthew Barley he went on to prove that at the Royal Festival Hall.

Six years on, Barley was back there leading a very different kind of fusion to launch this year’s Darbar Festival, with some top instrumentalists from the Karnatic (South Indian) tradition. Karnatic music is less well-known than Ravi Shankar’s Hindustani kind because it’s had neither a comparable figurehead, nor any big commercial push, but although its textures and forms are different it follows similar principles to those of the music of the North. This fusion, which has been a year in gestation, saw five musicians from the Philharmonia Orchestra sharing the stage with bansuri flautist Rakesh Chaurasia, sitar-player Niladri Kumar, Jayanthi Kumaresh on the sarasvati vina, and Dr S Kartick on the ghatam, an open-topped clay pot capable of a huge range of sounds. 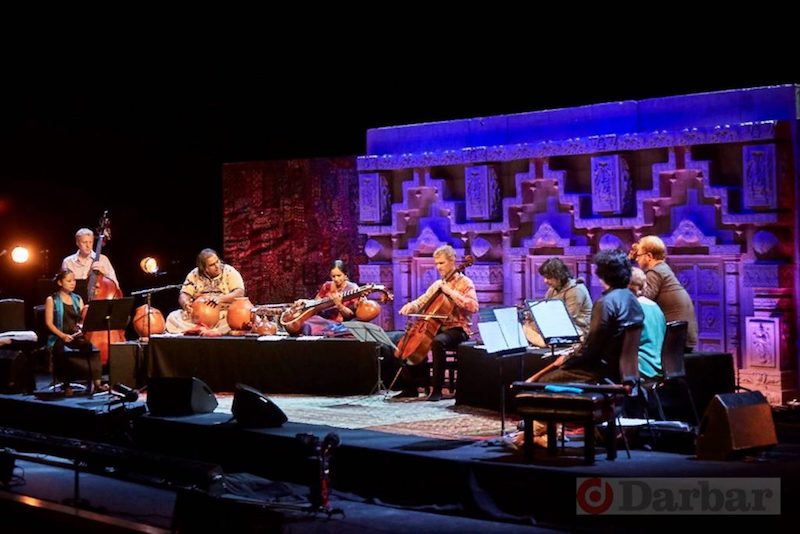 Universal Sounds was the title of the substantial five-movement piece – shaped by composer Fraser Trainer – which resulted, and I’ve seldom heard a fusion work so convincingly. Each movement grew organically, some led by Western instruments, and some by Indian ones, with lovely juxtapositions: the fruity sound of the bansuri flute making the clarinet sound austere, the cello bending its notes to answer those of the vina, the ghatam – drier and higher-pitched than the tabla, and augmented by konnakol, India’s version of scat singing – beating up a storm. The textures, often based on Western-string drones, were beguiling, and the stretches of group virtuosity had exhilarating intensity.

It’s worth remembering that our colloquial adjective ‘pukkah’ is borrowed from the Hindi word pakka, meaning ‘mature’, ‘cooked’, or ‘perfected’ as applied to seasoned exponents of the Indian musical tradition: this was a very pukkah performance. Anyone curious should catch the Sky Arts broadcast coming soon.

For a different kind of fusion I dropped in at the Club Inegales, now celebrating its fifth anniversary at its convivial haunt in the basement of a law practice in Euston. The brainchild of David Purser and composer Peter Wiegold – to whose work I will return in the New Year – this is neither a jazz club, nor a new music venue, nor a venue for non-Western musics, but is an inspired amalgam of all those things, and it works on a remarkably fruitful principle. Every evening comes in three parts: one with the resident (and brilliant) Notes Inegales ensemble, one with visiting musicians doing their thing, and finally a fusion in which the ‘home’ and ‘away’ musicians join in an improvisation based on one single – very intense – rehearsal. As Wiegold says, ‘We never know what’s going to happen. I may be directing from the keyboard, but I’m as naked as everyone else – none of us know where a piece is going to take us. 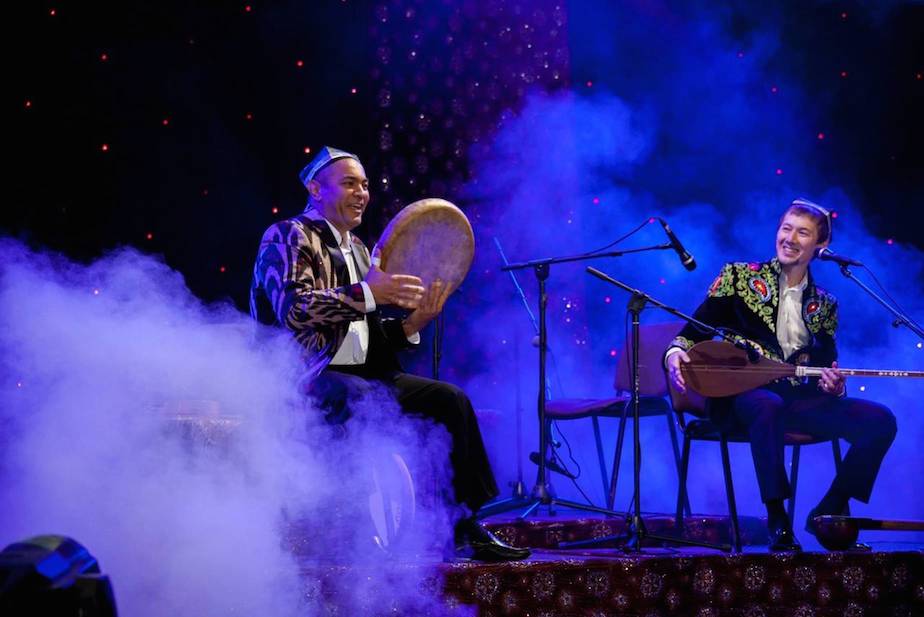 The visitors (sometimes poets) may come from anywhere, but on this occasion it was from Uzbekistan: doira player Abbos Kosimov and singer-lutenist Sardor Mirzakhojaev, plus a surprise intervention by the actor Rashid Shadat. And after warming up with a simple traditional song, Kosimov and Mirzakhojaev demonstrated why they have achieved international pre-eminence. The dutar may be the simplest of lutes – with a deep belly, very long neck, and just two strings – but in Mirzakhojaev’s hands it becomes warmly expressive; the doira consists of a membrane stretched over a frame (cousin to the European tambourine) but Kosimov used it to evoke rushing water, pounding hooves, and a plethora of other effects. Central Asian music is all about telling stories, and here, exchanging his doira for two tiny metal castanets, he narrated what seemed like an entire horseback saga through hands, which he occasionally glanced with an enigmatic smile as though they had a life of their own. Then he added a different drum, and then a third, playing them all simultaneously to create a percussion orchestra: no sense of strain, or of difficulties overcome – just the pleasure of supreme technical mastery. No wonder this man sometimes collaborates with tabla-maestro Zakir Hussain: their virtuosity is very similar. Finally, to illustrate a song from Mirzakhojaev, the burly Shadat took the floor for an Uzbek dance in which he impersonated both the female protagonist and her male swain. This was electrifying: witty, quintessentially masculine without the remotest hint of camp. Unforgettable.

Then came the ‘us and them’ bit: an improvised series of fusions in which the Uzbek instruments were joined by violin, bass, piano, drum-kit, and marimba, with Wiegold discreetly presiding like Prospero at the keyboard. And as with the Darbar fusion above – though with infinitely less rehearsal time – this melding was so successful you could have made a record out of it.  *****