When the redoubtable Fanny Waterman set up the Leeds Piano Competition in 1963, no one could have predicted its longevity, or the effect it would have on pianism. Leeds may never have rivalled the seismic shock caused by Van Cliburn’s win in the inaugural Moscow Tchaikovsky piano competition in that same year – seeing a charismatic young American carry off their cherished trophy was almost more than the Soviet regime could bear – but the first few rounds of ‘The Leeds’ kick-started the careers of some of the greatest pianists living today: Radu Lupu, Murray Perahia, Mitsuko Uchida, and Andras Schiff. In the intervening years Leeds may have gone quieter, overshadowed by other competitions including the one set up in Texas by Van Cliburn, but its standards have remained high. 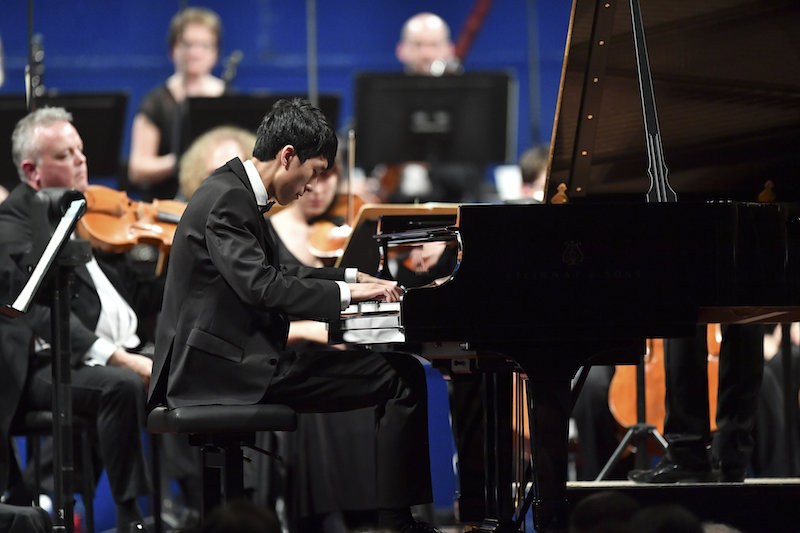 Now 98, Fanny Waterman has retired, to be replaced by the duumvirate of pianist Paul Lewis and ex-BBC producer Adam Gatehouse, who have promised a regime more in tune with the temper of our times. The competition will continue to offer big cash prizes (£25,000 for the winner) but will be more connected with the audience through BBC broadcasts, live-streaming, and a special audience prize. And the heats have gone global with first rounds in Berlin, Singapore, and New York. The jury, traditionally dominated by teachers whose connection with competitors led to accusations of bias, is now dominated by pianists. For a touch of populist bling, Lang Lang has been brought out of injury-time to hand out the prizes.

But the central purpose remains what it always was: to find the best players aged between 20 and 29, and this year’s top five were a hugely impressive bunch. The final performances were of concertos, in themselves less revealing of quality than the earlier solo stages had been:  the artistry for handling Mozart’s Concerto in C minor, as the Croatian pianist Aljosa Jurinic had to do, was a simple matter compared with what Russian pianist Anna Geniushene had to contend with in the fireworks of Prokofiev’s third concerto. In the finals it was impossible to compare like with like.

In the event, Jurinic’s Mozart was not helped by a relentlessly hard-driven performance by the Halle Orchestra under Edward Gardner, but Jurinic’s performance was hard-driven too: he had an unyielding tone throughout, giving no hint of a different world in the Larghetto, or of the sweet persuasiveness which should characterise this work. Geniushene’s Prokofiev, on the other hand, was exhilarating, as she and the orchestra vied playfully for dominance. Scampering up and down the keyboard hurling out handfuls of staccato chords, or gracefully leading the way into folk-music realms, she deployed a virtuosity which seemed both joyful and natural.

Even more impressive was Beethoven’s youthful Concerto No 1 in C major, as delivered by the German pianist Mario Häring. His sound was clean and authoritative, and every note in the passage-work sang out, with even the scales having their own beauty; the Largo was marked by emotional restraint, and the Rondo by a spring-heeled sense of release; Beethoven’s noble sound-world was realised with unusual fidelity. 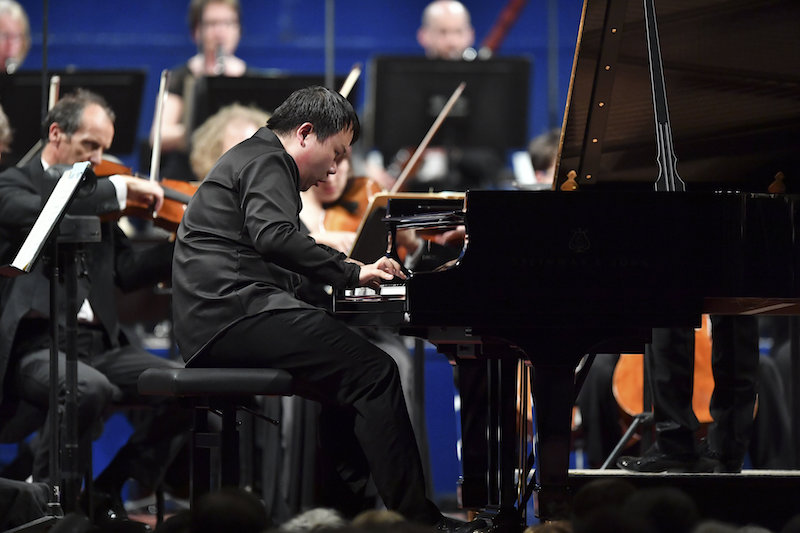 The Chinese pianist Xinyuan Wang, whose Bach had entranced us in the semi-finals, played Schumann’s concerto with a lovely feel for the poetry, but nerves led to repeated fluffs (he had never played with an orchestra before). Last on was the American pianist Eric Lu – at twenty the youngest in the contest – whose Chopin sonata in the semi-final took our breath away with its measured grandeur, and whom Radio 3 spent the whole week talking up as the likely winner; his concerto was Beethoven’s fourth. And sure enough, he did win, though in my view he took the outer movements too fast for the beauty of the passage-work to come through: Häring, who came second, would have made a much better job of it.

Both these pianists will now embark on a triumphal series of concerts, while Wang, in third place, will blossom, I predict, as a leading Bachian; the rest of us will be able to savour the whole competition online for free on medici.tv for the next three years, which is a properly democratic bonus. The Leeds is now in fine shape.