We’ve seen some blistering pianistic action in the Queen Elizabeth Hall over the past few weeks, but the place where lightning really struck was the humble little Purcell Room. Alexander Gadjiev, who hails from the Slovenian region of Italy and has been schooled by his eminent piano-teacher parents, had come garlanded with competition wins, but nothing prepared us for the reality of his playing. His programme was interesting: entitled The Elements, it interspersed four miniature Berio tone-poems with works by Brahms, Chopin, Bartok, Liszt, and Prokofiev, and segued from one to another with remarkable felicitousness. 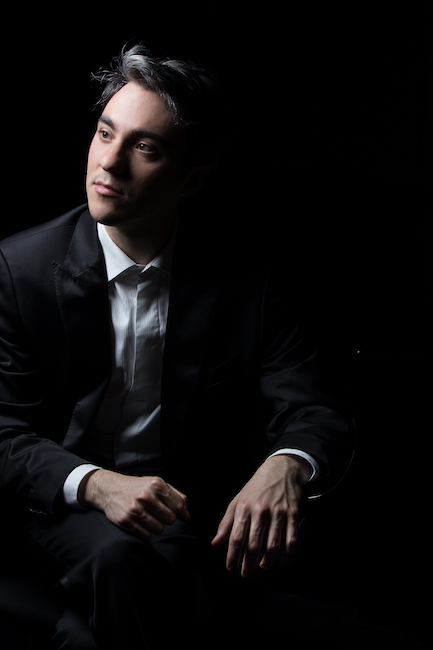 His sound in Brahms’s Opus 117 No 2 Intermezzo was warm and full, and his rubato luxuriously expansive; Berio’s Wasserklavier, into which it flowed, was like a continuation of the Brahms with a ghostly added descant. Chopin’s Barcarolle came clothed in imperial purple, before Berio’s Luftklavier blew it away in an evanescent cloud. I have never heard Bartok’s Out of Doors suite given such coherence, as Gadjiev rang the changes between ferociously stamping earthy rhythms and the suggestive sounds of an animal- and insect-rich forest at night. With a rain of two-handed hammer-blows and volleys of trills like weapons of war he pushed his Fazioli to the limit, his technique so sure that one forgot to marvel at it. Liszt’s Schubert brought balm; Prokofiev’s sixth sonata – the first of his ‘war trilogy’ – had a raging volcanic energy, and when it seemed that the concluding Vivace couldn’t possibly go any faster, he effortlessly put on a fresh turn of speed. This was one of the wildest and most imaginative recitals I’ve ever heard, and its encore – Chopin’s Etude Opus 25 No 1 – was one of the sweetest.