Song Collectors and the Life and Death of Folk Tradition

This ground-breaking book is the first-ever study of the role played in musical history by song collectors.

“Eye-opening and heart-warming, this wonderful book celebrates folk music and song, across the globe and the centuries, as the glue of communities, the root of culture, and the very breath of human life.”
—Stephen Hough, pianist, composer, writer 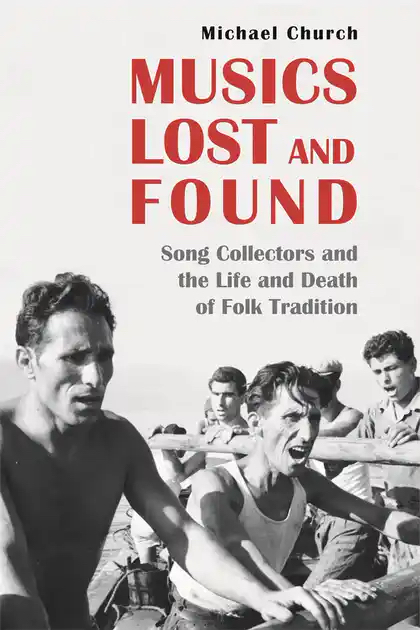 This is the first-ever book about song collectors, music's unsung heroes. They include the Armenian priest who sacrificed his life to preserve the folk music which the Turks were trying to erase in the 1915 Genocide; the prisoner in a Nazi concentration camp who secretly noted down the songs of doomed Jewish inmates; the British singer who went veiled into Afghanistan to learn, record and perform the music the Taliban wanted to silence. Some collectors have been fired by political idealism - Bartok championing Hungarian peasant music, the Lomaxes bringing the blues out of Mississippi penitentiaries, and transmitting them to the world. Many collectors have been priests - French Jesuits noting down labyrinthine forms in eighteenth-century Beijing, English vicars tracking songs in nineteenth-century Somerset. Others have been wonderfully colourful oddballs.

‘Do not let our voices be silenced’: the desperate situation facing Afghan musicians
Telegraph, September 2021

The enduring influence of Komitas
A piece on the great Armenian composer and folk song collector
previously appearing in BBC Music Magazine, October 2021

Today's collectors are striving heroically to preserve endangered musics, whether rare forms of Balinese gamelan, the wind-band music of Chinese villages, or the sophisticated polyphony of Central African Pygmies. With globalisation, urbanisation and Westernisation causing an irreversible erosion of the world's musical diversity, Michael Church suggests we may be seeing folk music's 'end of history'. Old forms are dying as the conditions for their survival - or replacement - disappear; the death of villages means the death of village musical culture.

"A fascinating, moving study of folk-song collectors shows how far people will go to save disappearing musical traditions"
★★★★
Ivan Hewett, The Telegraph

"There is a cinematic sweep to Church’s history of the world’s song collectors… but there is also an urgent message, as traditional folk music faces the threat of an erosion of musical diversity"
Richard Fairman – Best Books of 2021, Financial Times

"Church’s volume proves compulsively readable. It is in no way limited to musically conversant readers, thanks to its mixture of informed yet approachable prose and, most of all, a cavalcade of extraordinary characters…. If the book errs in any way, it is simply that it leaves you wanting more."
Jessica Duchen, i-paper

"Engrossing… its chapters range beguilingly across the globe and the centuries"
Jim Gilchrist, The Scotsman

Coincidentally with this book, Proper Records are re-releasing in digital form – for download and streaming – Michael Church’s field recordings of folk music in strife-torn Chechnya. Songs of Defiance: Music of Chechnya and the North Caucasus was originally released in 2007.

This ground-breaking book is the sequel to the author's award-winning The Other Classical Musics, and it concludes with an inventory of the musics now under threat, or already lost for ever.

“In Michael Church’s spirited telling, two centuries of song collectors come alive in all their passion, flaws, and flamboyance as they strive to document the world’s rich legacy of oral-tradition music before it disappears. Deeply researched, critically savvy, and delightfully written, Musics Lost and Found offers a panoramic view of song collectors whose influence on the music of today has been profound.”
—Theodore Levin, Arthur R. Virgin Professor of Music, Dartmouth College

Musics Lost and Found was published in October 2021.