Peter Hall’s theatrical and operatic legacy is vast, but one of the productions at the heart of it is his A Midsummer Night’s Dream, which opened to universal plaudits in 1981. He and his creative team had assumed that its delicacy would make it difficult to revive, yet here it is, thirty-five years on, packing the house and still in the rudest health. 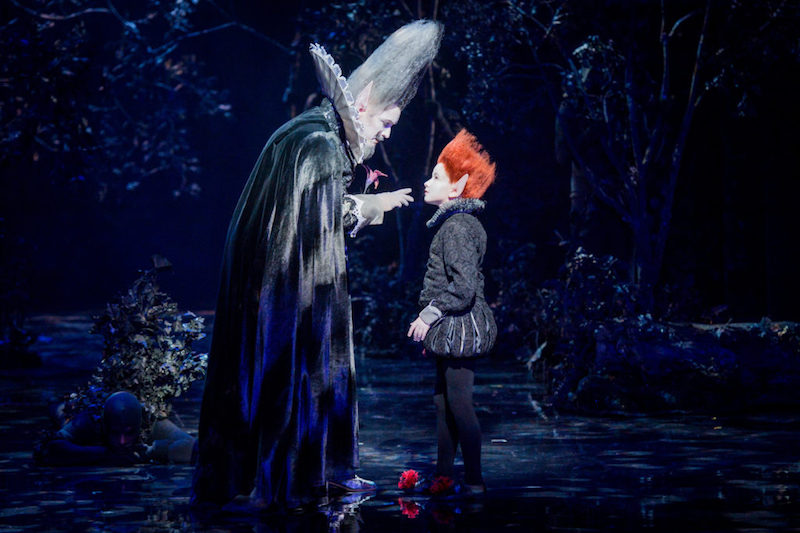 Avant-gardists now like to patronise it as tame stuff, and in comparison with much of what we see on the operatic stage it may seem risk-averse, but that is to miss the point. Hall’s show – which has the visual rhythm of an illustrated children’s fairy-tale – is an exquisite reflection of the score: the swooping and gliding lower strings which accompany our first glimpse of the gently-shivering forest, and which return throughout the evening as a leitimotiv, are more than enough to fire the imagination.

The casting this time round is evenly strong, led as it is by an electrifying little Puck – David Evans – who exudes omnipotent authority. Tim Mead’s Oberon is sung with cool elegance, complemented by Kathleen Kim’s pure-toned Tytania. The four lovers – a fairly mature bunch including sweet-toned Ben Hulett, forceful Duncan Rock, and Elizabeth DeShong as a matronly but sonorous Hermia – sing and fight as though their lives depend on it; the mechanicals – led by Matthew Rose’s incomparable Bottom – have an irresistibly comic group identity. Jakub Hrusa’s conducting honours every nuance in Benjamin Britten’s spare, poised score.