Ilan Volkov has grown steadily in stature as a conductor during his years in Scotland, but his direction of the BBC Scottish Symphony Orchestra in Gerard Grisey’s Dérives was simply masterly. ‘Spectralism’ was the label pinned on those French composers whose reaction to the aridity of Serialism took the form of an art which reveled in the natural acoustic properties of sound, and Grisey, who died in 1998, was their leader. And it’s taken more than forty years for his key work to get its British premiere. 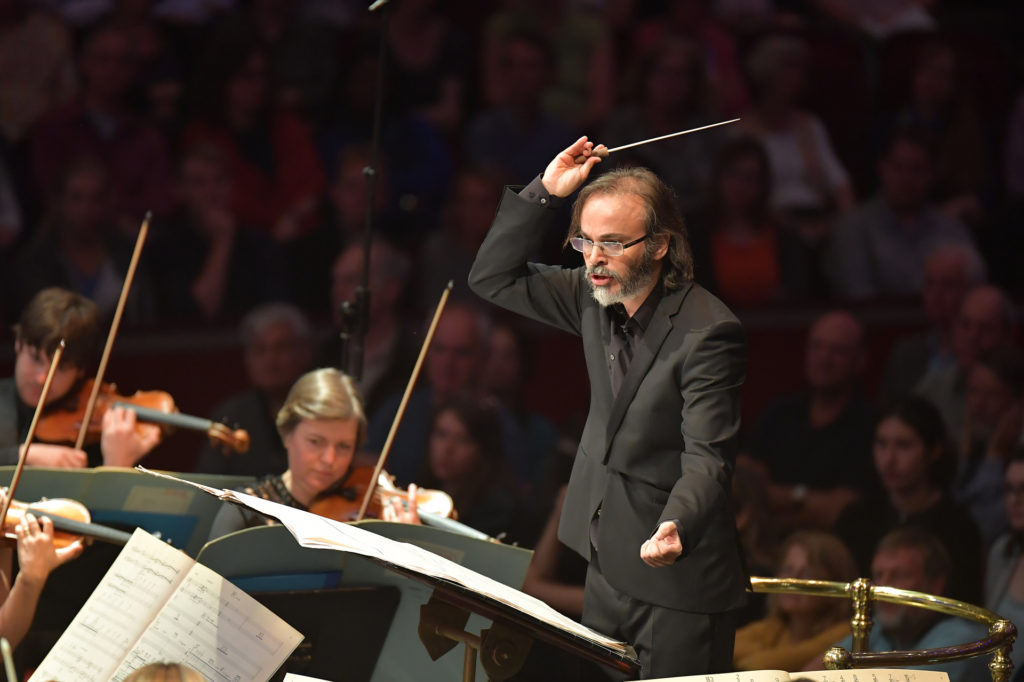 The title means ‘driftings’, and that’s exact: listening to it is like walking round a sculpture, whose subtle lineaments reveal themselves with glacial slowness. It requires two orchestras, one symphonic, the other an amplified chamber ensemble, between which the music’s sequences are gently passed; the amplification of the ensemble is designed to magnify the smallest details of the individual instrumental sounds. The harmonies drift from the home chord to remote chords, the sound ebbs and flows seductively, mostly gentle but at times suddenly and tearingly raucous. Volkov and the BBC SO delivered this work with such finesse that, with hints of Boulez and Xenakis lurking in the background, its thirty minutes drifted very pleasurably past.

The rest of this superb Prom consisted of Mahler’s Ruckert-Lieder and Mozart’s Mass in C minor. In the former, mezzo-soprano Tanja Ariane Baumgartner was the soloist, and one couldn’t have wished for a more gracefully accomplished exponent: she didn’t push her sound, though it carried effortlessly to the furthest regions of the hall’s cavernous space, and her rendering of ‘Um Mitternacht’ generated a mysterious surrounding stillness. Mozart’s Mass, with the BBC Symphony Chorus in coruscating form, was simply wonderful, as sopranos Louise Alder and Carolyn Sampson shared the roles so close to the composer’s heart.