This would be a Prom like no other, we were told at the outset. And indeed it was, thanks to its unconventional auditorium: the low-ceilinged top floor of a multi-storey car-park in downtown Peckham, open to the winds and all the sounds of the city. The award-winning Multi-Story Orchestra – they pointedly drop the ‘e’ – pride themselves on engaging with new audiences in places where classical music doesn’t reach, but this event was crammed with the eager-beaver new-music brigade in festive holiday mood. 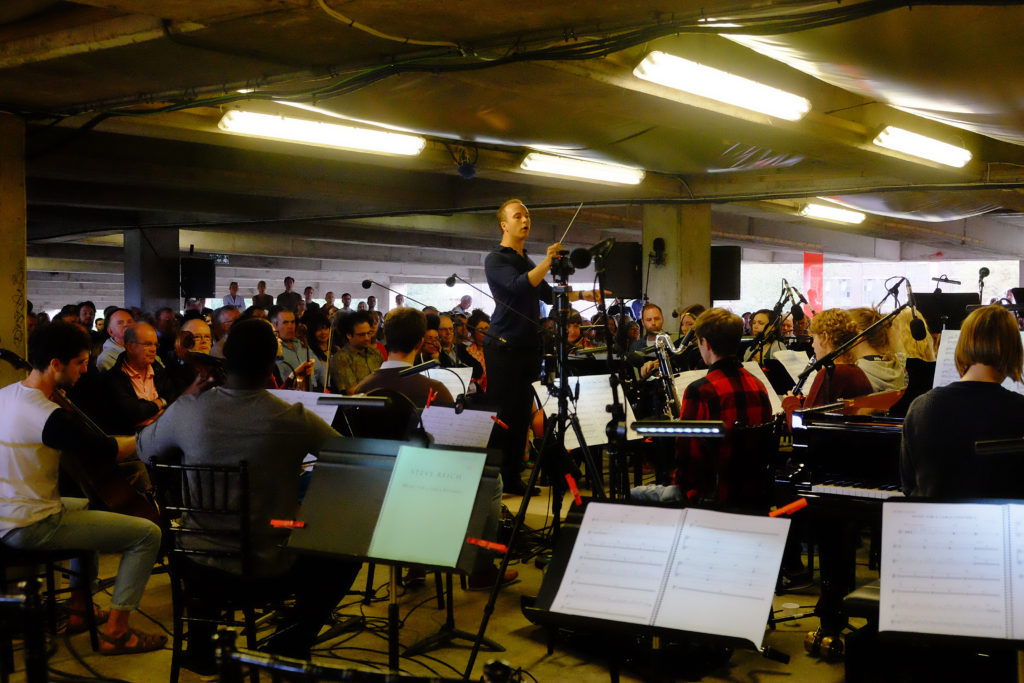 Since the concrete space has an abattoir acoustic, nobody would dream of putting on Baroque string quartets there, but this Prom had been designed for it: three works celebrating Steve Reich’s joyful celebration of the machine age and his equally joyful response to the graceful repetitions of Javanese gamelan, and all with amplification kept down to a civilized level.

First up was Vermont Counterpoint, a solo piece played by flautist Hannah Grayson in which live phrases were sampled and given back in an intricate sonic tapestry. When a train rumbled past with hooter blaring and brakes squealing, the music actually seemed enriched. Then came Eight Lines (two pianos plus a big ensemble) followed by Music for a Large Ensemble: under Christopher Stark’s direction, the youthful orchestra played a blinder.