Every time Gustavo Dudamel brings his Simon Bolivar Symphony Orchestra to London, they get a bit better: once a spirited youth orchestra, they are now grown up, and in technical terms approaching international standard. This time they opened with a new work entitled Hipnosis Mariposa by the Venezuelan cellist-composer Paul Desenne; it was blandly agreeable, but its attempted evocation of the traditional charms of their  country might have been more convincing had present reality – that Venezuela is now in total political and economic meltdown – not been so widely known.

The Bolivars’ piece de resistance was a performance at the proms of Villa-Lobos’s Bachianas brasileiras No 2, which allowed the virtuosi in the orchestra’s ranks to shine one by one – notably flute, cello, tenor sax, and trombone. The whole ensemble dispatched this brightly-coloured work with enormous verve; if their account of Ravel’s La valse was less than perfectly coordinated, blame Dudamel. For their encore they transformed themselves into a village band, getting a tumultuous response. 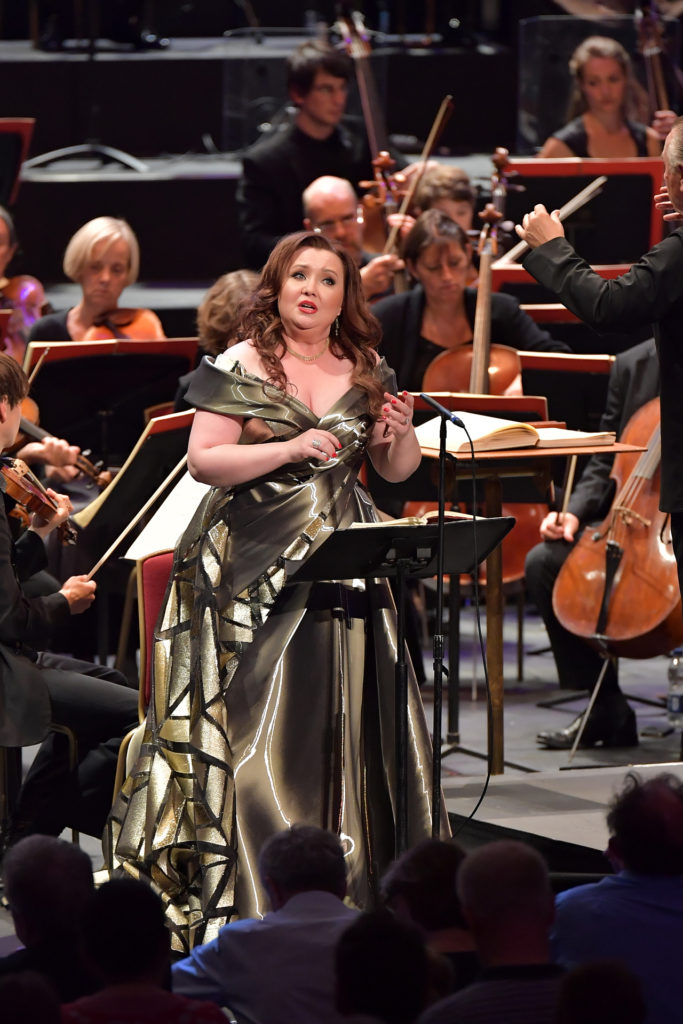 That our repertory of nineteenth-century bel canto operas is steadily growing is almost entirely thanks to the Opera Rara Company, which has been dusting off and recording forgotten works for forty years. With Mark Elder conducting a brilliant bunch of soloists, plus the Orchestra of the Age of Enlightenment and the Opera Rara Chorus, Rossini’s Babylonian tragedy Semiramide emerged in all its multi-faceted magnificence. Mirco Palazzi and Barry Banks took a little time to settle into their dramatically demanding roles as Assur and Idreno, but Gianluca Buratto’s sonorous Oroe was on the button from the start; if mezzo Daniela Barcellona launched into her opening recit as Arsace with an unscored cough, her singing went on to meld movingly with that of the Uzbek soprano Albina Shagimuratova, whose delicately-inflected incarnation of the title role was the most perfect coloratura performance I have ever heard at a Prom.