Soprano Carolyn Sampson, counter-tenor Iestyn Davies, and pianist Joseph Middleton gave a lunchtime Prom at the Cadogan Hall which was chamber music of the highest quality. The first half consisted of Benjamin Britten’s lovely ‘realisations’ of songs by Purcell – settings based on vestigial markings in the original scores, which vividly opened up a seventeenth-century sound-world with the aid of a pianistic palette of twentieth-century colours. If the second half – songs by Mendelssohn and Roger Quilter – dwelt on a much less exalted aesthetic plane, the performers’ consummate musicianship was still a pleasure in itself. 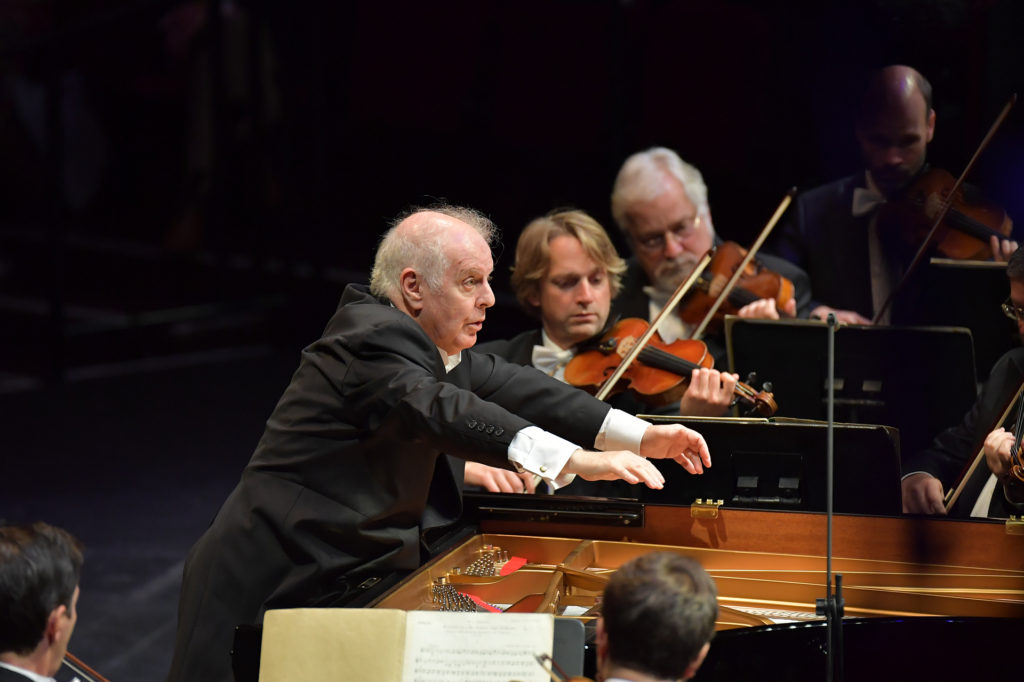 Prom 69 was gold-plated: Daniel Barenboim directing the Staatskapelle Berlin from the piano, in Mozart’s Piano Concerto No 24 in C minor, then taking them through Symphony No 4 (the ‘Romantic’) by Bruckner, a composer he now devotedly champions. The Staatskapelle being Barenboim’s own fiefdom, minimal gestures were enough for him to exert perfect control as the concerto’s Allegro gracefully unfolded; answering the exceptional cleanness of the woodwind, his touch created a still sweetness in the opening sections. If the first cadenza – presumably his own composition – didn’t fire satisfactorily, the second (by Mozart) rang out brilliantly; the whole work was exquisitely contained within the accepted rules – no shouting – of eighteenth-century decorum. Bruckner’s luxurious textures were lovingly rendered.