In 2011 I published the profile below of the pianist Nick van Bloss in ‘The Independent on Sunday’, at a time when he was taking tentative steps towards a renewed concert and recording career. Since then, that career has blossomed: on Sunday 18 September he gave an all-Beethoven recital at the Wigmore Hall

Neurologically speaking, Peter Schaffer’s ‘Amadeus’ has a lot to answer for. It was largely thanks to this jeu d’esprit on genius that people started thinking Mozart suffered from Tourette’s syndrome. He didn’t, of course, but the connection between music and Tourette’s is sometimes very real – and never more so than in the case of the pianist Nick Van Bloss, who is defying his condition in the most dramatic way. Yet ‘defy’ is the wrong word: the 38,400 tics he endures daily may once have pushed him out of concert life, but he’s now discovered how to harness them, to a point where their rhythms have become – at least in part – the key to his singular artistry.

The man who arrives for interview is physically graceful and wittily urbane, and during our conversation there is not a tic in sight. This, he says, is because he is suppressing them, as he does when on stage. Once back in the privacy of his car he will apparently yelp, bark, blink, nod, and clench his jaws so violently that his teeth will be in danger of breaking. He will also repeatedly open and close the door as he drives along, since obsessive-compulsive disorder is a side-symptom. Friends prefer not to accept his offer of a lift on motorways, he says with a laugh. 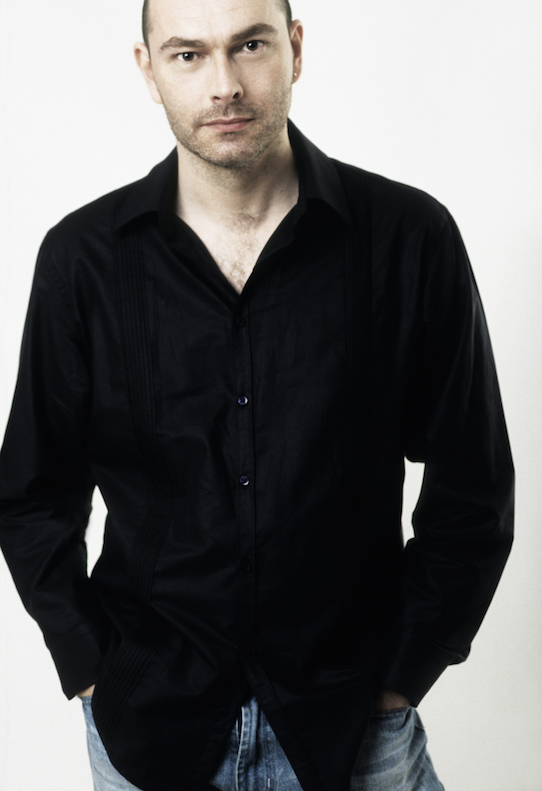 I first became aware of Van Bloss thanks to a Horizon documentary entitled ‘Mad but glad’, in which he explained to a fascinated Oliver Sacks how his music dovetailed with his Tourette’s; he then dazzled Sacks with a virtuoso performance. This film had been triggered by the publication of Van Bloss’s very moving autobiography ‘Busy Body’, and it led in turn to him being invited to make a series of recordings for Nimbus. The first of these, of Bach’s ‘Goldberg Variations’, was released to critical acclaim in February; the second – of Bach’s keyboard concertos, with Van Bloss leading from the keyboard – will come out later this month.

So – the story. Born in 1967, he was, he says, a normal, happy, clever boy growing up in a bohemian Islington family. One morning when he was seven, he woke up and couldn’t stop shaking his head violently. ‘It happened overnight: I was suddenly a shaking freak, and there was no explanation. I was told to stop it, but all I knew was that my body was making me do it.’ His parents quickly understood this and were supportive, and his schoolmates accepted it: extreme classroom cruelty – from teachers as well as pupils – would only come later. Initially his main suffering was physical – all the muscles in his neck hurt from the shaking, and he’d be in pain from rolling his eyes so hard in their sockets: ‘It was like a fictional possession. I was self-harming, constantly punching myself. I realised later that a lot of people who were burnt at the stake in the Middle Ages would simply have had this affliction.’

Van Bloss’s childhood was made infinitely harder by the fact that, in the Seventies, Tourette’s was barely on the medical radar. Ignore him – even smack him – was the first medical advice his parents got: ‘attention-seeking’ was the usual diagnosis, and heavy doses of Valium were prescribed which, since he couldn’t swallow them, he routinely hid behind the fridge. But when he was eleven, a miracle occurred: he fell in love with the piano. Touching things was always one of his Tourette’s-induced compulsions, and when he put his fingers on the keys his tics disappeared, their rhythms becoming subsumed into the music. Moreover, his preternatural ability to retain numbers and physical details – another remarkable TS side-effect – allowed him to memorise music perfectly, without even trying. As school became a living hell where he was routinely kicked, punched, and reviled, the piano became his haven.

He was accepted into the junior section of the Royal College of Music, and in due course the senior section welcomed him with open arms. He was a star student, and found himself making friendships; he discovered quite happily that he was gay, and his TS-induced conviction that he was an ugly freak began to dissipate; he seemed on the verge of a successful performing career. But then, in the final of a piano competition in Spain which he’d been tipped to win, he suddenly froze with his arms in mid-air: under stress, Tourette’s had finally conquered him.

This was the beginning of a 15-year period in which he contracted cancer, abandoned all thought of being a pianist, and got rid of his piano. ‘I was not playing physically, but I was still playing inside all the time,’ he explains. Finally, on an impulse, he acquired a new instrument, but when it arrived he couldn’t summon the courage to touch it. ‘I covered it with a tablecloth to try to block it out of my mind, because I didn’t want to go near this thing which had broken my heart. It represented to me all that should have been, and could have been, but wasn’t. I was in a dark time, and it ate away at me.’ Meanwhile his Tourette’s was behaving in what seemed an increasingly predatory way. The metaphor he constantly uses to describe it is one of greed: he felt he had to feed it like a monster, answer its insatiable demands.

One day a thought occurred: accept it. And when he did, everything changed. ‘In truth,’ he concluded at the end of his book, ‘I’m a happy Tourettist. I’m not half a person courtesy of Tourette’s syndrome. I think I’m larger than life. And that suits me just fine.’ That was five years ago, when he still assumed a concert career was out of the question. His professional re-entry has proved as extraordinary as everything else in his zig-zag story.

His next step was to harness his enemy, realizing that it could work for him. ‘Tourette’s is my fuel,’ he says now. ‘It’s the fire within, the burning energy. And the ironic – even beautiful – thing about my condition is that once I sit down to the piano, there’s nothing to see.’ Invited to make a recording, he learned Bach’s ‘Goldberg Variations’ in a mere three weeks, mostly not even at the piano: ‘I had it in my mind for many years, even though I hadn’t played it. It had always seemed to me too big, too monumental to touch. There’s an incredible amount of joy and humour in it, and I had fun with it.’ The super-sensitive touch which Tourette’s had forced him to cultivate was now deployed on every note of every piece he played: his brilliant technique was natural, inbuilt. The recording itself, which needed very few retakes, had that almost preternatural clarity which now characterises all his playing. He then took the plunge and gave a concert: ‘As I looked out at the Steinway on stage, it felt like a homecoming, and I felt at peace.’ He got rave reviews, but then found himself deluged with offers of a sort he felt compelled to refuse.

‘I didn’t want to be told to play Tchaikovsky, then to abuse the audience, then to gyrate wildly as I go offstage – which was what some potential backers wanted. That sort of vulgar celebrity, as in “Shine”, might bring in a beautiful crowd, but not the crowd I want. For me, musical integrity is paramount. I don’t want to be labelled “the Tourette’s pianist”.’

What he wants with his forthcoming series of Bach Cds is validation from the profession: ‘That people should say, quite simply, this is good, and he’s serious.’ He should relax, because it is, and he is.

PS on September 18: In the event, the Wigmore recital was a triumph:

Starting with the gnomic 6 Variations on an Original Theme Opus 34, and continuing with the Sonata Opus 31 No 3 in E flat followed by the ‘Appassionata’, he played throughout with immaculate authority. The spaciousness with which he invested the variations high-lit their mystery, and he brought playful brilliance to the E flat sonata; the Scherzo was full of slap and tickle, the Menuetto emerged with a touch of menace, and, if his tempi had hitherto been on the slow side, the concluding Presto went like the wind. My only reservation with his ‘Appassionata’ concerned the Andante, which was too pulled-about to create the necessary deep calm before the Presto (which flew); the Allegro assai had thunderous grandeur.