Twenty-five-year-old Daniil Trifonov, currently basking in mega-stardom, may not be the best of the young pianists to have recently emerged from the former Soviet bloc – the Uzbek Behzod Abduraimov has the edge on him – but he’s without question a fine artist, and is now fulfilling the promise which earned him a string of prizes in his teens, culminating in the Tchaikovsky Gold Medal. His Chopin and Liszt are dazzling, but his Mozart has hitherto been an unknown quantity: Prom 71, in which he would play Mozart’s Piano Concerto No 21 in C major with the Staatskapelle Dresden under Christian Thielemann’s direction, would be revealing, particularly in view of the fact that Daniel Barenboim had played two other Mozart concertos on the preceding nights. 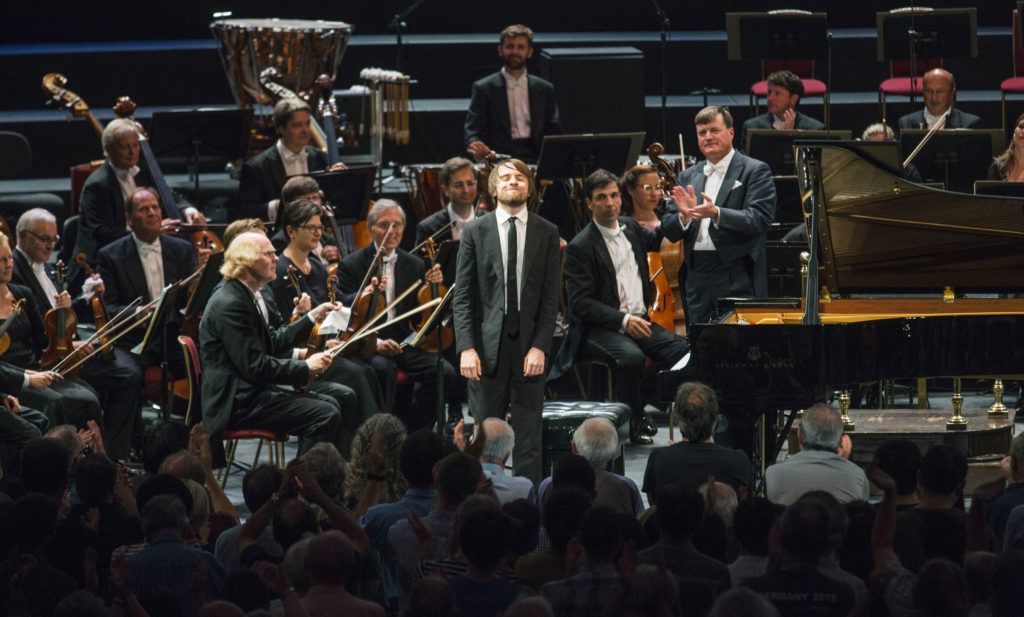 In the event, the contrast in their approaches could not have been starker: while Barenboim’s aim was to honour the beauty of what Mozart had written, the way Trifonov advanced on his concerto was reminiscent of a small boy armed with a spray-can. There’s sparkling passage-work at the beginning of the third movement, but Trifonov muddied the effect by injecting a sub-passage (in a different key) of his own, and as the movement progressed he added fussy little curlicues and flounces. The two cadenzas were also his own: look-at-me exercises which negated the music they should have served.

There may be far fewer notes in Mozart than in Liszt, but Trifonov – going recklessly fast – came dangerously unstuck at one point in the first movement. And by applying a light Chopin touch, he showed that he doesn’t get the point of this music. Perhaps, in time, the penny will drop.