The World New Made: Figurative Painting in the Twentieth Century

Ever since Tom Wolfe published his blistering polemic The Painted Word in 1975, it’s been apparent to everyone – barring those with a financial interest in it – that there’s something rotten in the state of modern art. Wolfe’s contention was that abstraction and conceptualism had removed art from the realm of the visual: without a supporting theory, these new kinds of art could not exist.

You can apply this criterion to just about anything shortlisted for the Turner prize in the last twenty years; the idea that a work should be able to speak for itself is regarded by many licensed cognoscenti as risibly old hat. There are of course plenty of honourable exceptions – Hockney, Kitaj, Bacon, and Freud being the most prominent – and the art schools have now rediscovered drawing. But the big money still beats the abstract-conceptual drum.

Enter Timothy Hyman RA, with a new book whose gracefully restrained tone belies the fact that it’s potentially just as incendiary as Wolfe’s. Hyman is an exceptionally gifted writer about art, as well as being a major painter – the Islington district of Clerkenwell, where he lives, provides much of his imagery. But the power of The World New Made lies in its crusade, which began as Hyman was emerging as an art-school painter back in the Sixties. This was when New York’s abstract expressionism had asserted its total dominance, with Rothko and Pollock canonised, and Warhol waiting in the wings. ‘I was sometimes paralysed by the fear that the kind of art I aspired to create was a lost cause,’ Hyman writes.

That art was figurative and human-centred, and it was being written out of history. The death last week of Harold Hodgkin – to whose art Hyman devotes his epilogue – allows Hyman’s quote from Hodgkin to drive the message poignantly home: ‘I have felt extraordinarily isolated in the area of feeling I was working about,’ said Hodgkin. ‘When everything was abstract painting, of the kind which often seemed to me rather rhetorical, I was trying to celebrate moments of the greatest possible intimacy.’ The twin portraits which Hyman uses to illustrate this point could not be more eloquent. The same figure is presented in both, surrounded – and partly occluded – by vigorous blue dabs. ‘In the first,’ says Hyman, ‘the marks gather into an almost aggressive geometry… In the second, they grow liquid, and we see the image as if through tears.’

What this beautifully illustrated book amounts to is an alternative history of twentieth-century painting, its radical intention blazing from every page. Now at last we can see those British eccentrics Stanley Spencer, Paul Nash, and Edward Burra in a context which doesn’t make them seem eccentric at all: they were part of a multifaceted realist movement which blossomed in Europe with Otto Dix and Max Beckmann, Balthus and Paula Rego, and across the water with Rivera and Kahlo, Hopper and de Kooning. 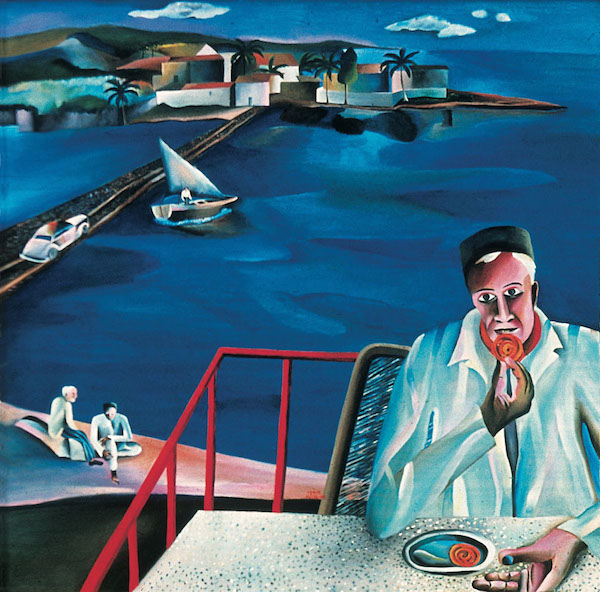 Hyman profiles these painters plus a dazzling crowd of others, some of whom I had not even heard of. Many stand out through by the originality of their vision, and some by the tragedy of their lives. Highlights for me are the Indian painter Bhupen Khakhar’s serenely luminous dreamscapes; the icon-like quality of Marsden Hartley’s portraits of fishermen in Nova Scotia; and Paula Modersohn Becker’s heroically autobiographical quest. Hyman’s essay on Charlotte Salomon chronicles an unspeakably tragic life, punctuated by family tragedies and terminated by her murder, aged 26 and pregnant, in Auschwitz, yet her art has a wonderfully high-stepping cheerfulness.

Meanwhile, with the naïve paintings of Rabindranath Tagore and Henry Darger, Hyman brings ‘outsider art’ in from the cold; his broad vision allows illuminating excursions into other arts, and frequent dips into social and political history. And when he deals with already well-known artists, he illustrates with fascinatingly unfamiliar images.

Summing up the message of his book, Hyman speaks of his ‘sense of marginalised individuals assembling together to become a collective force’, even if that assembling is unconscious. And he argues that in their work ‘a fully human pictorial language has surfaced, well equipped to mirror this new transitional world taking shape around us’. Moreover, he believes that more members of this movement still lie unrecognised, and that the full history of twentieth-century painting must therefore still wait to be written. In the meantime we have this brilliant and provocative book.