‘Incomprehensible’ was one leading critic’s verdict when Beethoven’s Grosse Fuge was premiered in 1825. ‘This work will be contemporary for ever – I love it beyond everything,’ declared Igor Stravinsky a century later. ‘One of the greatest artistic testimonies to the human capacity for creating meaning in the face of the threat of chaos,’ says violinist Mark Steinberg of the Brentano Quartet. ‘More than anything else in music, this work justifies the ways of God to man’, said musicologist Leonard Ratner. To some musicians this work speaks of triumph, to others of failure. Beethoven was almost completely deaf in 1825, but an aristocratic admirer wanted this work at any price. ‘I will be glad to pay you what you think proper,’ he said in his humble letter of commission. 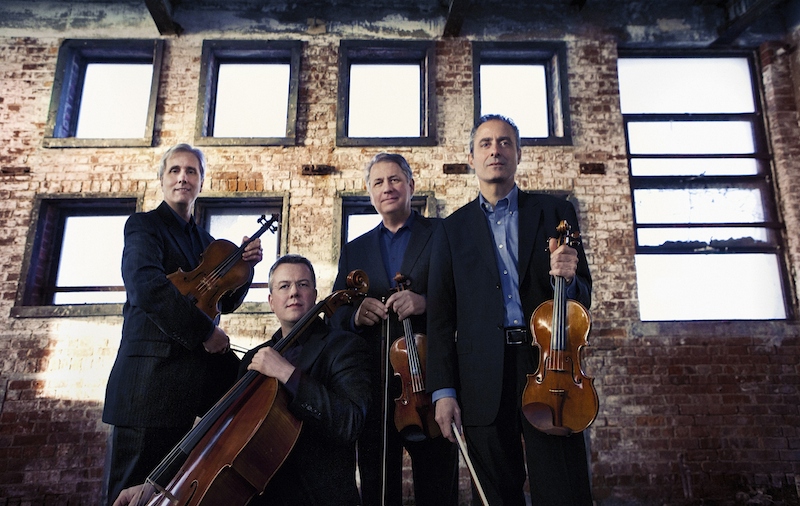 In its treatment of tonality this work explicitly adumbrated the ‘tone-row’ music with which Schoenberg launched his stylistic revolution a hundred years later. And it’s still making waves. It crops up in novels and films, and last month Sadler’s Wells staged three dance works – each by a different choreographer – which were set to it. Yet it’s ineffably mysterious. It feels like a journey through a landscape of rocky crags, cavernous abysses, and unexpected oases of pastoral calm. It’s the heart of the message Beethoven wanted to leave to the world: something for us to puzzle over, draw sustenance from, but never fully understand.

And it goes without saying that it’s ferociously difficult to play, with its huge leaps, stark dissonances, and its angular themes turned upside down, back to front, and sometimes running simultaneously at three different speeds. The celebrated Emerson Quartet have been playing this music for forty years, but familiarity has only served to deepen their understanding: their performance of it as the conclusion of a two-night survey of all Beethoven’s late quartet masterpieces was thrilling.

No ensemble could ever present a ‘perfect’ account of this work: there are countless moments where a particular effect – sometimes beautiful, sometimes jagged,  even grotesque – demands close attention, without interrupting the flow of thought, and every listener will have their own small grouses. But the Emersons got as close as we are likely to hear for a long time to come.