Wilton’s Music Hall is a charming and perfectly-preserved remnant of London’s historic East End, and it’s still serving the purpose for which it was built in 1859. As a producing venue it now links up with the Royal Opera House: thus we get young stars of Covent Garden’s Jette Parker training scheme in Peter Brook’s adaptation of Carmen. But as director Gerard Jones points out, this is a boiling-down of that adaptation, with Bizet’s score given an almost jazzy spin by the French composer Marius Constant. 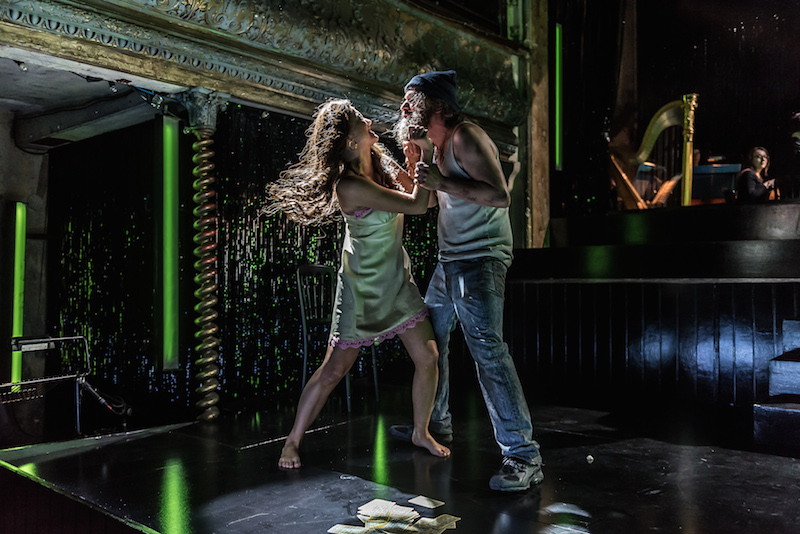 ‘I’m trying to X-ray the behaviour at the centre of Carmen,’ says Jones, ‘and find something universal and immediate, rather than some exotic fairy tale.’ His version will be an ‘autopsy’ of the relationship between Carmen and Don Jose, an attempt to show how toxic a relationship can be. There are no minor characters or choruses: just the doomed pair plus toreador Escamillo and Jose’s spurned lover Michaela.

At the back of the tiny, steeply-raked stage is a small ensemble – graduate instrumentalists of the Southbank Sinfonia under James Hendry’s direction – and instead of the usual overture we get a ruminative cello solo only very loosely attached to the opera’s sound-world. Michaela’s passionate plea to Don Jose then plunges us into the heart of that sound-world, all the more powerfully thanks to soprano Francesca Chiejina’s luminous sound. When Thomas Atkins’s Don Jose answers her, it’s with singing of commensurate beauty: in this small space with its warm acoustic, our proximity to these brilliant young voices is thrilling.

The Russian mezzo-soprano Aigul Akhmetshina’s Carmen is provocatively sexual, an aggressive and dangerous animal. Refined vocal artistry allows her to deliver her aria ‘L’amour est un oiseau rebelle’ with the requisite seductiveness, and ‘Près des remparts de Seville’ with the necessary defiance. She’s completely honest about her character: take it or leave it, it’s all the same to me. The Hungarian baritone Gyula Nagy makes a brave stab at Escamillo, but does not yet possess the necessary vocal charisma.

The direction may be broad-brush and the lighting garish, but Marius Constant’s reworking of the score keeps us on the edge of our seats, with its deft interpolations and skewed harmonies. When Carmen’s singing is accompanied by detuned timpani and the rest of the ensemble in tonal freefall, the whole world seems to tilt on its axis.