Richard Strauss based his Salome on Oscar Wilde’s play (written in French and banned in Britain) which turned on two taboo sexual obsessions: Herod’s for his step-daughter, and hers for John the Baptist, which achieves climactic satisfaction when she kisses his severed head. But Strauss would not have sanctioned the lurid liberties taken by many directors since. He didn’t want Salome to flirt with Herod, and envisaged her Dance of the Seven Veils as a measured, decorously Oriental affair. In this latter respect, as in others, David McVicar’s production faithfully follows the composer’s instructions: the seven veils become seven rooms through which Salome moves, being repeatedly dressed and undressed like a doll. 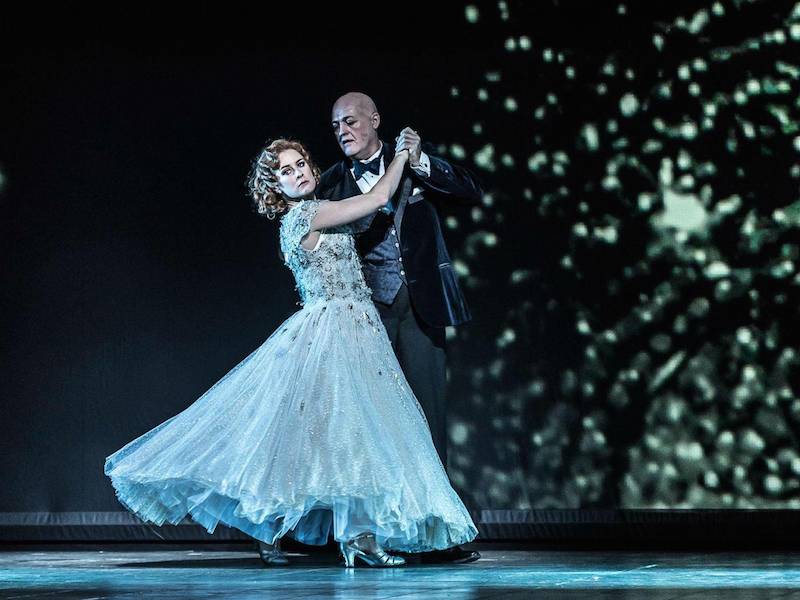 Malin Bystrom as Salome and John Daszak as Herod ©ROH

There’s more nudity in this third revival of the show, and the bloodshed is more shocking, but the staging has a poise which it didn’t have before (the squabbling Jews are no longer caricatures). Es Devlin’s sinister designs, subtly lit by Wolfgang Göbbel, seem to improve on each viewing: there are hints of wartime Vienna, the gas chambers, and Farouk’s Egypt. In the pit Henrik Nanasi extracts a wonderfully detailed account of the score, and the cast has no weak link. Fizzing with lust but unable to handle the consequences, John Daszak’s Herod is entirely believable, while Michaela Schuster’s Herodias, egging her daughter on in her demand for the head on the platter, exudes baleful power. Michael Volle’s dishevelled, leonine Jokanaan permeates the production with his burnished-brass sound, and in the Swedish soprano Malin Bystrom as Salome we come as near perfection as we ever will: a petulant, imperious teenager becoming drugged with lust as her dream becomes reality. Her voice rides easily over the hundred-piece orchestra, and the porcelain purity of her tone contrasts ever more starkly with her blood-boltered presence. Wonderful.