Monteverdi’s Il ritorno d’Ulisse in patria is an ecstatically melodious succession of recitatives, duets, and arias telling of war, exile, love, and revenge, with the Greek gods busily interfering. Christopher Cowell’s new English version, which John Fulljames has directed for the Royal Opera at the Chalk Farm Roundhouse, dispenses with the gods and greatly amplifies the part of the crowd, presented by a community chorus. He wants this show to speak the young people of today, and regards the opera’s underlying theme – living with the legacy of wear – as our story too: Syria, migration, terrorism on the streets. Two years ago the Royal Opera House staged a bold but misconceived Orfeo here: would this Monteverdi transplant work better? 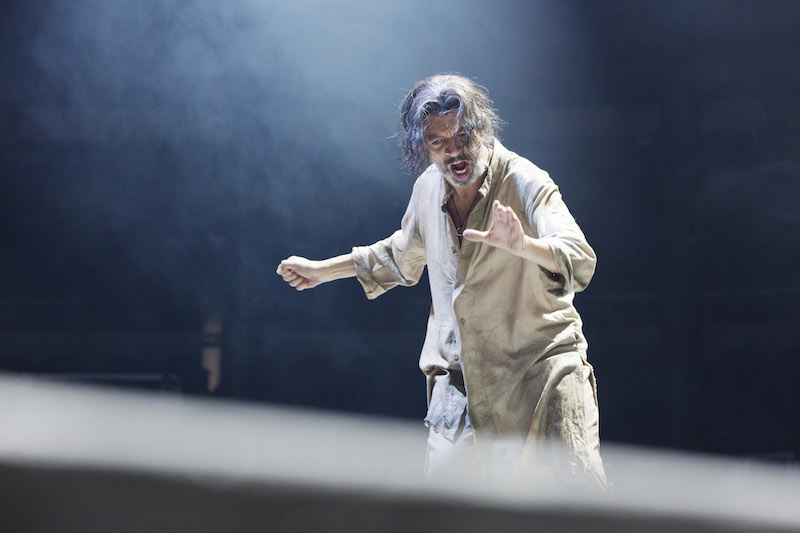 Infinitely: its combination of visual and musical beauty with intense emotional immediacy puts it in a class of its own. Hyemi Shin’s staging has been inspired by the shape of the auditorium: the action unfolds on a revolving circular stage, inside which is a concentric pit which revolves very slowly in the opposite direction. In the pit presides Christian Curnyn surrounded by his crack team of continuo players on violin, viola, theorbo, lutes, guitars, harps, harpsichords, an organ and a lirone: all this creates a lovely efflorescence of plucked, bowed, and blown sounds.

Roderick Williams might have been born to sing the title role, so profoundly does he embody, in voice and manner, the driven anguish of his character; on opening night Christine Rice was prevented by illness from singing the role of Penelope, but walked her way through it while the Australian mezzo Caitlin Hulcup sang for her – with a sepulchral beauty of tone – from the pit.