The Marriage of Figaro, ENO

Fiona Shaw’s production of The Marriage of Figaro didn’t fire on all cylinders when it premiered, and after its second revival there are still problems, some of which could be easily solved. The bluebottle imprisoned in the harpsichord was always – to change the metaphor – a red herring, and would be one unnecessary distraction well lost (is it supposed to symbolise Cherubino?). There are more irrelevant distractions in the first act, plus much insistently-laboured symbolism vaguely suggesting cuckoldry, but to no significant effect. The cluttered and endlessly rotating set, revealing endlessly busy tableaux, makes for a muddy start to the drama; the scene in which Susanna has to hide three people from each other demands much smarter direction than it gets here, and is consequently not nearly funny enough. One of the basic rules of direction is that less is more, and the more Shaw piles on the sight-gags, the less comic it all becomes. 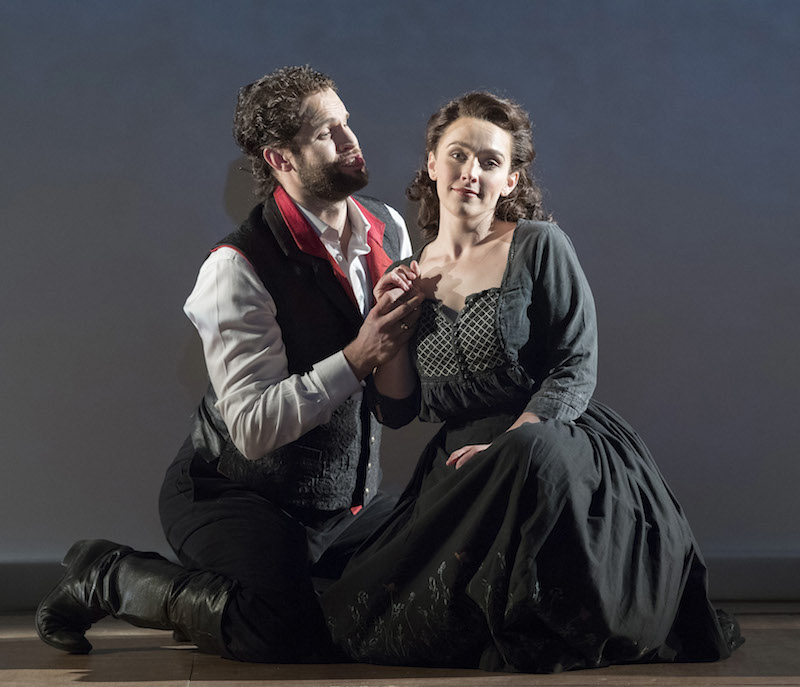 This production’s saving graces are the refined energy of Martin Brabbins’s conducting, the convincingly eighteenth-century world conjured up by the chorus, Jeremy Sams’s adroitly rhymed translation, and an unusually strong cast. On Ashley Riches the role of Count Almaviva fits like a glove – he’s haughty, sulky, spoilt, predatorily lubricious, and his sound is darkly seductive. Thomas Oliemans makes a wary and rather bitter Figaro, the virile edge to his voice making a fine foil to Rhian Lois’s delicately sung and mischievously acted Susanna. Katie Coventry’s Cherubino is a delight: she conveys the tremulous desires of adolescent masculinity with total conviction, and sings with nuanced grace. Meanwhile Janis Kelly, Keel Watson, and Colin Judson respectively turn Marcellina, Doctor Bartolo, and Don Basilio into such vivid caricatures that in their scenes the comedy keeps fizzing. And when Lucy Crowe announces her presence as the Countess with that great lament for lost love, ‘Porgi amor’, it’s as though we have been struck by lightning: her sound has such warmth, fullness, and power that it suffuses the whole auditorium with a golden glow. 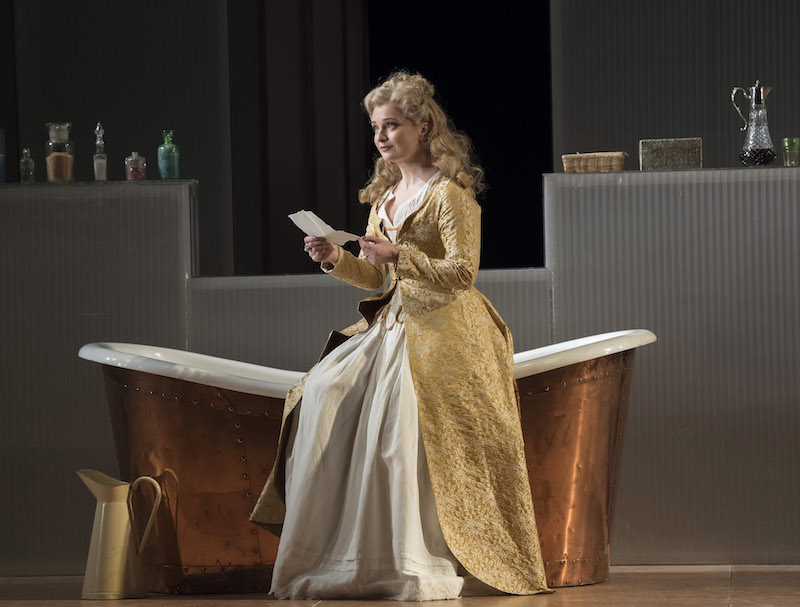 Shaw’s directorial take on this work is justifiably feminist: her production brings out the wisdom and cunning of the women at the expense of the men, and the final fleeting image is of Crowe with a suitcase, dressed for a lone journey: well, why not?