Coming fresh from a clunkily over-heated Ring at Covent Garden, and a deranged travesty of Salome at the Coliseum, it’s sweet relief to encounter English Touring Opera’s cool, intelligent production of Radamisto, one of Handel’s early masterpieces, in the faded Edwardian opulence of the Hackney Empire. Director James Conway lets the story tell itself: Radamisto, prince of Thrace, is attacked by his brother-in-law Tiridate, king of Armenia, who lusts after his wife Zenobia; Tiridate’s long-suffering wife Polissena is finally goaded to fury when Radamisto is condemned to execution; the enraged intervention of Tigrane, another unrequited lover of Polissena, sparks an unexpected denouement. 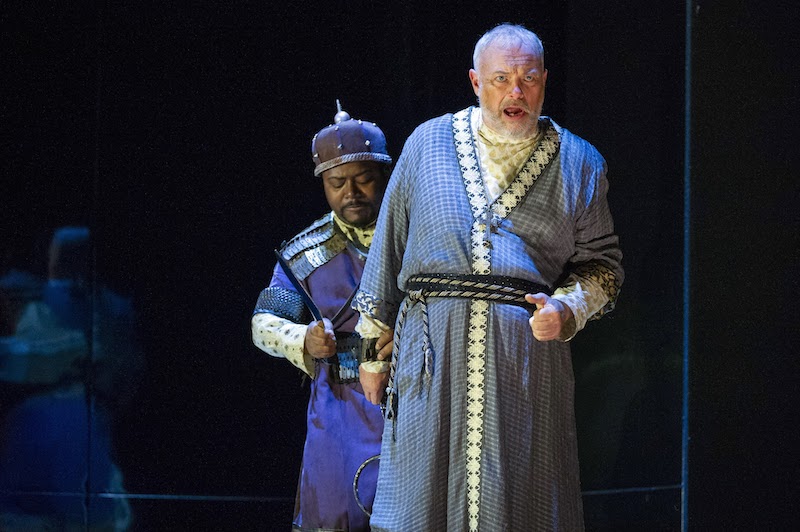 If this sounds complicated, nothing could be simpler than the way it’s presented. Adam Wiltshire’s designs have an austere beauty which powerfully evokes an archaic, unforgiving world, while the excellent period-instrument Old Street Band, under Peter Whelan’s direction, gracefully speeds the action. The six singers are their own scene-shifters.

Ellie Laugharne’s Polissena opens with a ravishing lament, to which John-Colyn Gyeantey’s Tigrane emolliently replies; the cruel rasp of Grant Doyle’s Tiridate underlines the sheer physicality of this performance. As Radamisto’s manacled father Farasmane, Andrew Slater gets hurled all over the stage, while Katie Bray’s Zenobia delivers turbo-charged coloratura while being well-nigh throttled. The star of the evening is William Towers, the counter-tenor in the title role: tall, commanding, and physically expressive, he sings with a refined musicality, and a delicacy of sound which for most of the time conceals the power held in reserve. 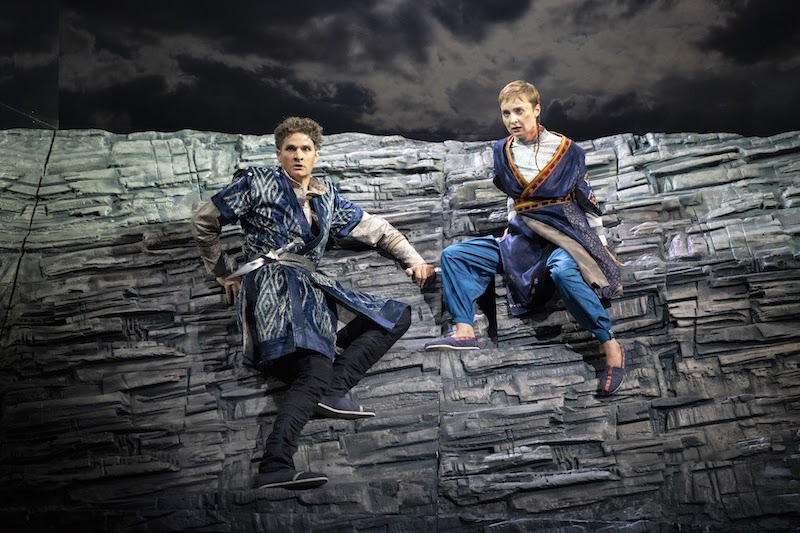 There are two moments when Handel’s plot tests the direction to its limit: first, when an attempted rape followed by two frustrated murders are crammed into a few bars, and second when the tyrant, rounded upon by everybody for his appalling behaviour, turns on a sixpence and repents meekly of his crimes. That we don’t laugh – well, only a little – is a tribute to the conviction of the acting, and to Conway’s skill as a movement-director.

This is the first of three productions with which ETO will shortly embark on a national tour taking in nineteen towns including Bath and Buxton, Exeter and Manchester. And sitting in the stalls at the Hackney Empire I have a sudden thought. This theatre and its cousin, the Coliseum, were designed and opened in the same year – 1904 – by the same brilliant architect, Frank Matcham. ETO works its spell with one twelfth of the Arts Council grant which English National Opera gets, but it would never perpetrate such monstrosities as ENO’s Salome or its execrable Traviata. Let the two companies change places! Let ETO bask for a while in the glory of the Coliseum; let ENO acquire theatrical wisdom the hard way, by having to sing for its supper out on the road.