It’s a great pity that this year’s Glyndebourne offering at the Proms should be its new Magic Flute, because that uneven show’s raison d’etre is sight gags completely un-reproduceable in a concert performance. Robert Carsen’s version of Handel’s Rinaldo may too be a feast for the eye, but it’s also wonderfully sung. 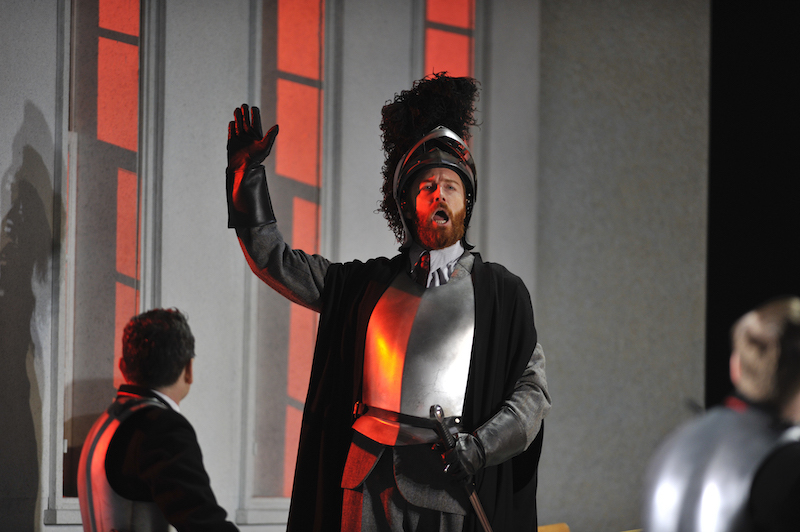 When it premiered in 2011 the critics were lukewarm; now revived and bedded in under Bruno Ravella’s fastidious direction, it makes a flawless evening. As with Barbe and Doucet’s scheme for their new Flute, Carsen and his team have an inventive take on their story, but, unlike the Flute’s, their idea makes perfect sense. ‘It occurred to me that Handel’s Rinaldo is often put into situations that an adolescent schoolboy might have invented,’ writes Carsen. ‘Fighting his enemies, being seduced by sirens, overcoming monsters, encountering magical characters able to take on other people’s shapes.’ Thus Rinaldo becomes a bullied schoolboy who invents a fantasy heroic self, and who fights his way out of threatening situations like Harry Potter. 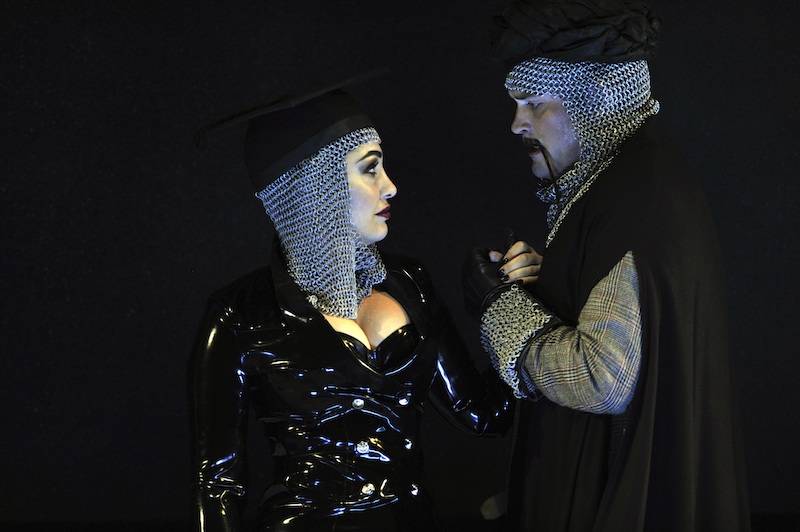 Complemented by Philippe Giraudeau’s witty movement direction, Gideon Davey’s designs place the action in the classroom, bike sheds, and dorm, and the whole thing whirls along so fluently that we lose all sense of time. The boy-Crusaders and their mini-skirted St Trinians counterparts are a hoot.  Yet the flippancy of the production feels appropriate: the story really is preposterous, and one never for a moment feels that Handel is being sent up any more than he himself was sending up the drama. 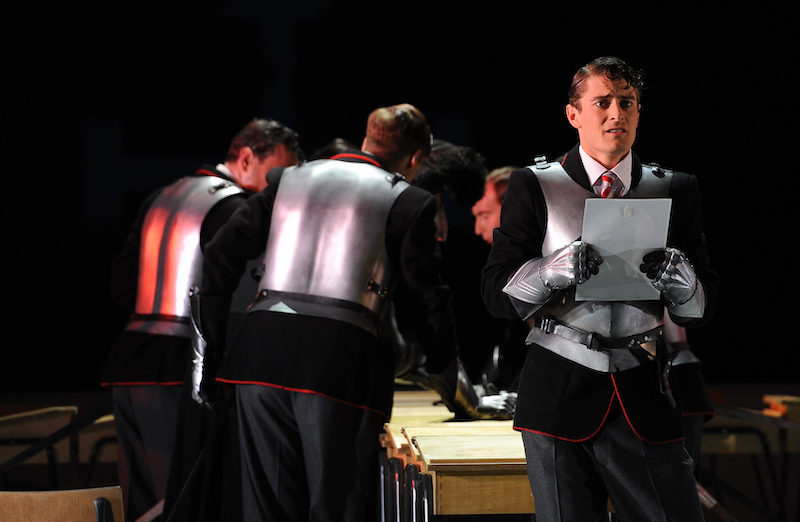 Yet this work marked his London debut, and contains arias and duets of surpassing beauty to which the cast do full honour. Counter-tenor Tim Mead’s Goffredo has a commanding beauty of tone, which counter-tenor Jakub Jozef Orlinski – standing in for an indisposed Elizabeth DeShong – splendidly complements;  Brandon Cedel, as the evil Argante, grounds the evening with the richness of his bass-baritone. And as the wicked-witch Armida, the Russian soprano Kristina Mkhitaryan – a superlative comedienne – electrifies the stage every moment she is in view. Conducted by Maxim Emetyanychev, this is not a show to be missed.