How to prepare for the coming storm? Eat well, keep fit, and enjoy the pleasures which will soon be off the menu. It can’t be long before opera houses close their doors: all the more reason to catch this year’s Handel Opera Festival, which has kicked off with the rarely-performed oratorio Susanna in a collaboration between the Festival and the Jette Parker Young Artists of the Royal Opera House.

Composed for Covent Garden in 1749, where it had great success, this has not been performed there since, and the refurbished Linbury makes the ideal setting. Happily married to Joacim, lusted after and then ravished by two elders of her oppressed community in sixth century Babylon, Susanna is sentenced to death for adultery, but is saved by the intervention of the prophet Daniel: this tale has attracted many dramatists. 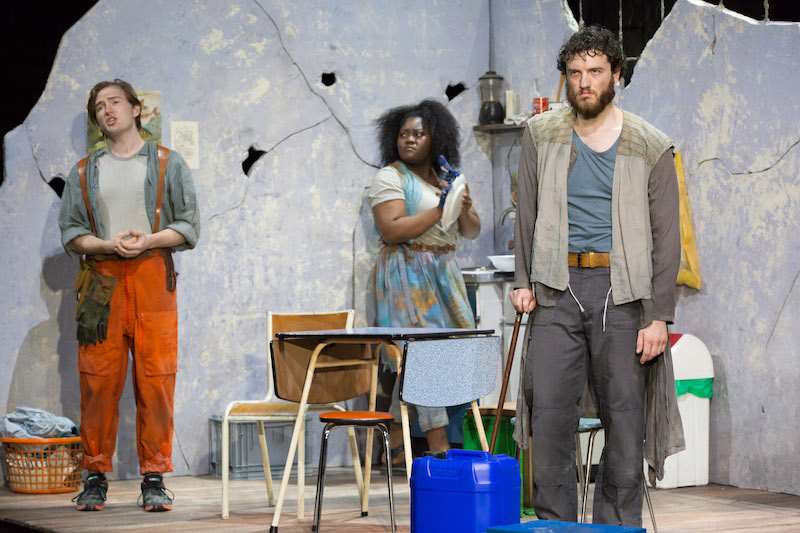 For the team at Covent Garden, the work is about ‘harassment, inequality, public shame, the power of friendship and standing up for your beliefs’ – very 21st century, very PC. But the piece was one of the fruits of Handel’s late maturity, and its appeal to its audiences lay in its being “in the light operatic style”, as one of its titled admirers put it. “Glorious Entertainment!” enthused another. And it’s clear from the libretto that its charm lay in its amalgam of tragic grandeur and part-comical portrayal of Susanna’s relationship with Joacim, plus a gentle send-up of the baddies: this is an ironically detached and very Enlightenment treatment of the old Biblical theme.

And as an oratorio it was not designed to be staged. Plenty of oratorios have been – it can be done. Wishing to offer a new perspective, director Isabelle Kettle has placed it in a Cornish fishing village “blighted by ecological decline”, but the loudest references in Grace Smart’s designs are to the Middle East of today. Susanna’s cottage is redolent of the bombed dwellings we see in Idlib on television, and the execution arranged for her is by stoning: this imagery jars. Moreover, we’re not given surtitles, and although the singers’ diction isn’t bad, it’s not remotely good enough for us to catch the drift of a very wordy plot. 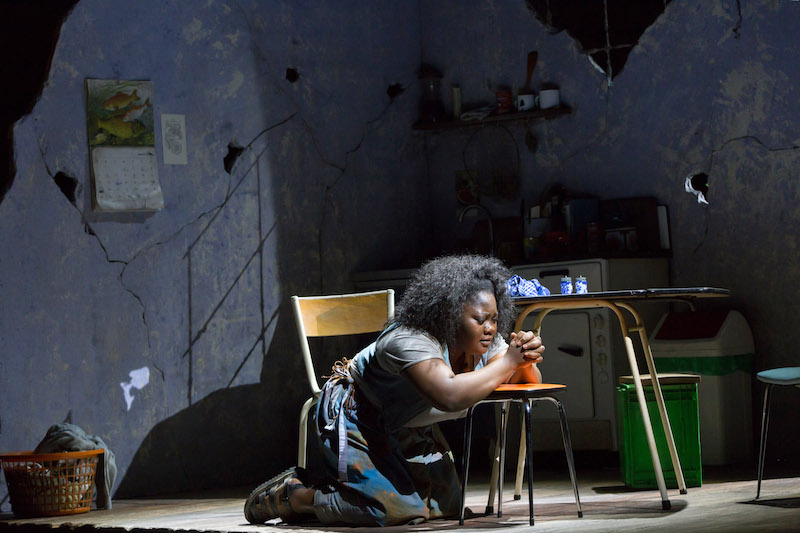 But the biggest problem lies in Kettle’s rough and ready direction. This honours neither the comic nor the tragic sides of the work, and it completely destroys the refined balance between the two. It also falls into the trap of fake-meaningfulness: why should Susanna walk off into the shadows, while her friends celebrate her triumph? Presumably to fight a new feminist battle somewhere else. Nothing wrong with that, but some ancient stories can’t be jammed into a 21st century mould.

All this said, this is still an inspiring performance of a gorgeously kaleidoscopic score, thanks to conductor Patrick Milne and the superb London Handel Orchestra, plus some outstanding singers in this refreshingly rainbow cast. South African soprano Masabane Rangwanasha sings the title role with commanding authority, the rich fullness of her sound edged with steel; countertenor Patrick Terry incarnates Joacim with a thrilling amalgam of power and sweetness; the Scottish-Iranian bass-baritone Michael Mofidian shakes the rafters with his thunder, while the Chilean soprano Yaritza Veliz makes a gracefully persuasive Prophet Daniel. The production is in rep until March 14, and Patrick Terry will give a lunchtime solo recital in St George’s Church, Hanover Square, on March 19.