It’s no surprise that classical music should come last in the government’s list of priorities for resuscitation. It’s also no surprise that John Gilhooly, boss of the Wigmore Hall, should be the first concert-hall manager out of the traps in the race to be back in business.

He had scheduled the Wigmore’s live comeback concert – with a small, socially-distanced audience – to take place on July 31, but one of the government’s sudden U-turns at 24 hours’ notice put paid to that. He wasn’t too bothered: it had been planned as a one-off event to herald the new season of 80 concerts to take place daily, starting on September 13.

These are being planned with live audiences. Each concert will last 60-90 minutes without an interval, since congested and cramped lavatories are now the biggest headache for theatre managers. Tickets will be paperless, there will be no printed programmes, there will be temperature checks at the door, and staggered entrance times.

All that’s providing the government doesn’t throw another spanner in the works. But if it does, Gilhooly is ready for that too. ‘We hope the government will give us the guidance we need by then,’ he tells me. ‘But if they don’t, we’ll go ahead with the concerts live-streamed on high-definition video, but with no audiences. We are starting with ten percent capacity, and when people feel comfortable with that, we may raise the numbers.’ In normal times the hall needs to reach ninety percent box-office to break even. 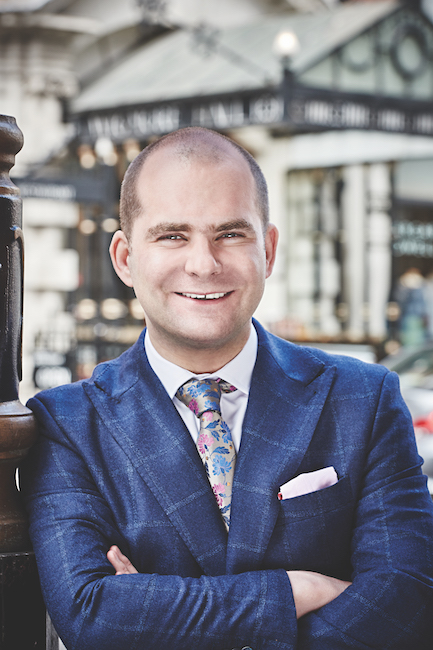 Has the government’s promised £1.57 billion for the performing arts helped the hall in any way? ‘We’re still looking at the application forms, but our expectation is that the first round of grants will go to institutions which are in immediate danger of being wiped out, which we are not yet. We have enough reserves, and good fundraising. It’s not easy, but there’s enough money coming in. Without that, we couldn’t do anything.’

What advice would he give to the government at present? ‘Obviously health and safety has to come first, and be got right. But it doesn’t make sense that you can have sixty people in church for an hour, but you can’t have them in for a chamber recital.’ As he points out, the Wigmore’s air conditioning is set to be Covid-safe right round the clock. ‘And we would fumigate the hall after every concert – indeed, we’d fumigate every seat. We’re ready to open, and we can do all the right things. It should be for the government to explain why churches can go ahead, and why small halls like ours can’t.’ It’s worth remembering that the Wigmore is the most revered chamber-music venue in the world, with a roster of distinguished performers any other concert-hall manager would die for.

But uppermost in Gilhooly’s mind is the plight of freelances, which is what most musicians are. It may be that the government’s new subvention theoretically covers individuals, as opposed to prestigious institutions, but very few individuals will qualify for that money. The government, says Gilhooly, should look for people who have fallen between the cracks: ‘Some musicians don’t fit into any existing system of social welfare, and by September they won’t have worked for six months, and for nine months by Christmas. That’s pretty serious for musicians with families to support. There has been a promise that the government will look at those who are in desperate need, and we very much hope they will honour that promise.’

All things considered, Gilhooly and the Wigmore are better placed than many others in the world of classical music. He may be wrestling with the problems of getting musicians from abroad to risk a trip to London – some absolutely don’t want to – and he’s grimly braced for having to make staff cuts when some kind of normality resumes, but his problems are as nothing compared with those of the big opera houses, whose traditional modus operandi is – post-Covid – now an economic impossibility. And he has sympathy for the Southbank Centre, which in his view has been unjustly castigated for its seeming inertia.

‘There’s a misinformation campaign going on about them,’ he says. ‘London needs the Southbank, and we must all stand behind them. From what I hear there will be some ambitious programmes when they do come back. I may be a rival, but over this I want to speak up for them, as we’re all part of the same eco-system.’

Because the main problem afflicts them all: ‘We don’t know how long this situation will go on, so we can’t articulate what we need. If this is an eighteen-month month crisis – and it may well be one – then we are all in serious trouble.’ If it continues well into 2021, Gilhooly expects to be either applying for DCMS funding, or launching an emergency appeal to his audiences.

Meanwhile the Wigmore’s closed-hall broadcasts are designed to get money for the artists: that is Gilhooly’s main aim at present, with the hall absorbing the operational costs. His other priority is keeping faith with his loyal local audience: ‘Everything we do is on the website as a closed-door broadcast for thirty days. So you can go there, after listening to many of our broadcasts on Radio 3 live.’