By Agnes Kaposi with László Csősz

Agnes Kaposi begins her autobiography with a disarmingly simple statement. ‘I should have had a good start in life,’ says this Jewish child of socialist parents. ‘I had a loving family, my parents were young, good-looking, talented. Only two things were against me: the place and time.’ The place was Hungary, and, as she was born in 1932, her growth proceeded in parallel with the growth and flowering of rabid anti-Semitism.

Inserted throughout the book are snatches of political history by her co-author, detailing first the ever tighter restrictions on Jewish life by the home-grown Hungarian government in the Thirties, then how the Holocaust got underway in the early Forties, then the revival of anti-Semitism by the Communist government in the Fifties.

Now 89 and a distinguished scientist, Kaposi had studiously avoided burdening her children with what she mildly calls her family’s ‘troubled origins’. But ten years ago, under pressure from a grand-daughter, she finally decided to tell her story. This is no routine Holocaust memoir with routine moments of horror and terror, though it possesses those elements in abundance. It’s a book which grabs you by the lapels, and drags you along as relentlessly as does Primo Levi’s Holocaust classic If This is a Man. 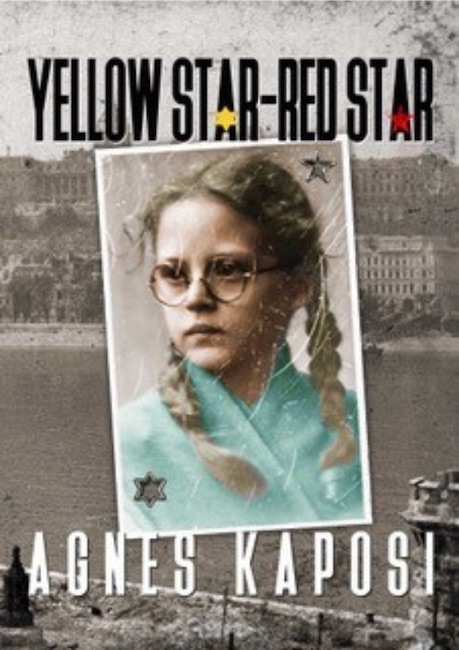 Whereas Levi’s tone is analytical-philosophical, Kaposi’s is doggedly factual. As a professional engineer she has, she says, ‘no imagination’. Her aim is simply to tell us what happened, how, and why. And it’s not just about her: this book is about her family and friends, a whole society brutally and systematically mangled. I read it once, then read it again, and I shall go on dipping into it, because there is far too much to absorb in one go, and because the authorial spotlight illumines so many areas of life which most writers would have considered too trivial and mundane to merit scrutiny.

And above all because, thanks to Kaposi’s pen-portraits, and to the touching family photographs copiously dotted through the text, the premature extinction of so many admirable and lovable people – some incinerated, some shot in rows on the banks of the Danube, many worked to death in labour camps – is very hard to contemplate.

This book is also a page-turner. Kaposi owes her life to a series of Harry Potter-style escapes from danger, the most remarkable of which was that the cattle-train on which she and ten members of her family were bound for Auschwitz (and near-certain death) unaccountably stopped and went in a different direction. Then there was the miracle of her family’s survival of Allied bombing in Vienna, and the miracle of the train which was later due to carry them to Theresienstadt (and certain death) being disabled by another bomb. Finally there was their miraculous evasion of the Hungarian soldiers – one of whom thrust his bayonet into the lorry-load of boxes in which they were hiding as they approached the border to Austria in 1956. Their escape to the West was as hair-raising as any by emigrants from Syria today.

One of the shocking themes running though this book is the anti-Semitism which pervaded Hungary both during the war and after (and which is being stoked today by Victor Orban and his Fidesz party). When Kaposi and her exhausted, emaciated, and in some cases sick family members trudged back into a small town near Budapest after the end of the war, they received a welcome they had not expected. A group of locals on their way to church in their Sunday best accosted them, and the one who appointed himself their spokesman addressed them in words which Kaposi translates as follows: ‘You stinking Jews, why couldn’t you have rotted abroad, rather than coming back to ruin our lives?’

Time and again in this account of the war years, the elegantly-clad Hungarian gendarmes emerge as even more sadistic towards their Jewish prisoners than the Nazis were. When the time came to vacate their homes and board their trains for Germany, Kaposi’s family entrusted their silver and valuables to neighbours for safe keeping, but none of this treasure was given back when they returned. In her first week at a new school, thirteen-year-old Agnes was beaten up by other girls for being a ‘filthy Jew’; many of her teachers were enthusiastic fascists.

Reading this book, I understand for the first time why Kaposi’s cousin, the pianist Sir Andras Schiff, hates Hungary so much: his pianist mother, Kaposi’s aunt, had lost her brilliantly talented first husband in a massacre by Hungarian soldiers in the Ukraine. With the post-war Communists encouraging a vicious new brand of anti-Semitism, and stacking the cards against any aspiring professional whom they believed to be anti-Communist, what else could Kaposi and her family do but escape? Her account of how they did so, braving a succession of dangers, dependent on the kindness of strangers, and finally making it to Britain, is a saga in itself.

The omnipresence of spies and informers – lurking in every corner of life under the Communists – is one of the leitmotifs of this book. Kaposi’s judgment on those who informed on her family and friends during the Holocaust, and who in some cases came smarming up to her in Golders Green decades later, is coldly dismissive.

But it’s the detail which makes this book such a riveting read. One admires the family’s endless ingenuity in making the best of things, first in the ghetto (for example, making yellow stars for sale), then as the noose tightened organising the food and washing when living nine to a room. One reads with mounting horror how they are physically degraded before being forced onto the Auschwitz train, and what they have to endure on it, 86 to a wagon with just one improvised and overflowing latrine. One holds one’s breath as they make their 1956 escape in darkness and snow, through a minefield with barbed wire, and finally amid gunfire, to a cup of tea and bread and cheese in Austria.

For more information or to buy the book, visit agneskaposi.com