La traviata may be one of that small handful of operas which everyone loves, but since the revival of Tom Cairns’s production is turning out to be the hit of the season, it’s worth taking a closer look to see why this should be so.

For a start, it has in the title role an alternating duo of superb soprano singer-actors, Kristina Mkhitarian and Joyce El-Khoury, and two Alfredos (Zach Borichevsky and Atalla Ayan) who – though neither can measure up to the vocal glamour of their women – both carry their role with total conviction. Meanwhile the Greek baritone incarnating Germont this month – Dimitri Platanias – sings and acts with such resonant warmth that one readily believes both his rigid attitude to morality and his eventual sympathy with the ‘fallen’ woman. 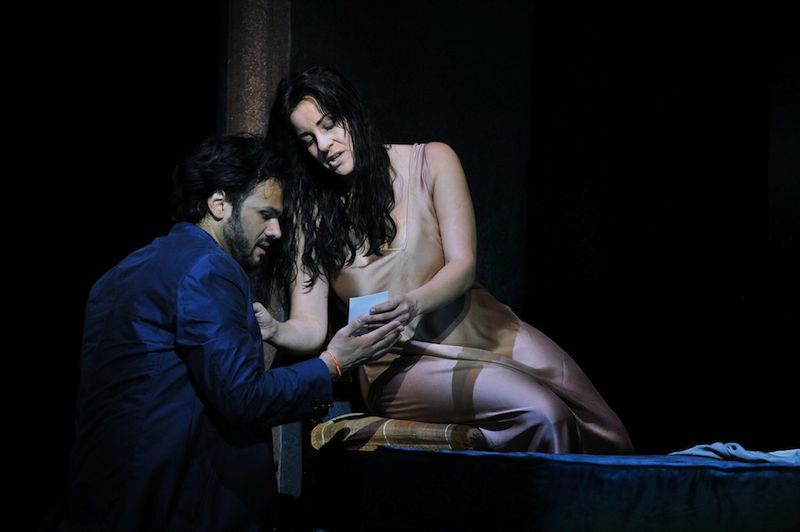 But the reason why this show comes closer to the ideal than any other British production has in recent years lies in the direction coupled with Hildegard Bechtler’s elegantly understated sets. Cairns’s characters are modern party-goers, and their interactions are intimate and conversational. Violetta and Alfredo peel off from an all-night shindig to get to know each other as any questing young couple might do; the Gypsies and matadors are touchingly low-rent; the great duel of wills between Germont and Violetta has a gripping urgency as they pace round each other, walking away and then coming back up close, and their eventual softening has a convincing inevitability. And when this Violetta dies, it’s courageously alone, her solitary tragedy filling the stage to bursting. Stefan Soltesz’s sensitively-paced conducting allows Verdi’s music to speak with moving eloquence.

Andras Schiff plays Book 1 of the 48 at the Proms

Two years ago Andras Schiff held this auditorium in thrall with a performance of the Goldberg Variations: now he’s done the same with the first book of the same composer’s Well-Tempered Clavier, a work never played at a Prom before. Schiff sees these preludes and fugues in terms of colour, beginning with the snow-white innocence of the opening prelude in C major, and culminating in the B minor fugue which for him is in the pitch-black key of death. And on this occasion he abjured his beloved Bösendorfer in favour of a modern Steinway. 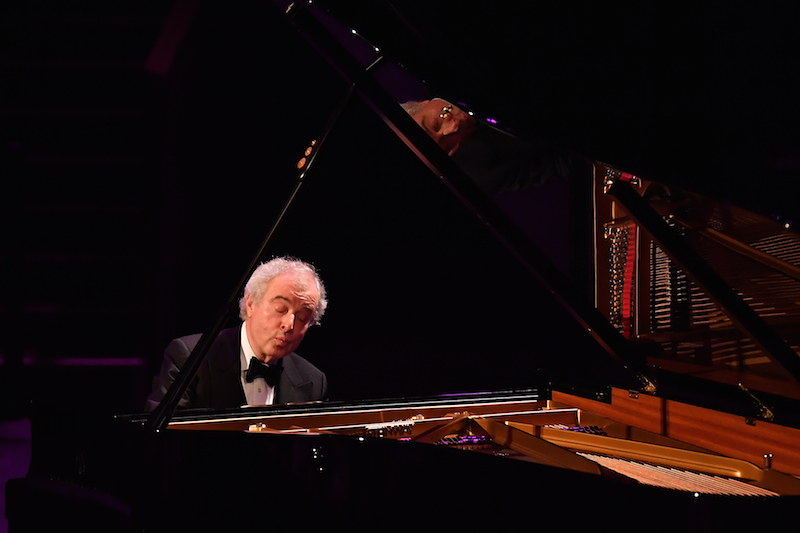 There was indeed a crystalline transparency in the first prelude, a metronomic regularity which was in no way mechanical, and for a while he maintained these qualities, playing with a caressing touch and going at an unusually gentle pace, thus allowing unfamiliar effects to emerge. Some of these had bewitching charm – as in the exquisite melody passed between the hands in the sixteenth prelude – while others were bracingly astringent; when virtuosity was called for it was delivered with impeccable control, every note given due weight. Bach’s extraordinary stylistic experiments in the fantasias were played as though being essayed for the first time.

Despite its dramatic and emotional restraint – only in the final lament was there naked emotion – this was the most riveting performance of the work I have ever heard, as for two hours Schiff turned the huge and well-filled hall into a bowl of rapt silence. He delivered the endlessly walking line of the final prelude with majestic assurance, and if the gravely enigmatic final fugue denoted death, this was death of an entirely serene kind. Thus did Schiff close this work’s perfect circle. Wish you’d been there? For the next four weeks you can catch this remarkable performance on the BBC i-player.