From the composer of the viscerally-shocking Greek and the in-yer-face Anna Nicole, now comes a ‘family friendly’ opera: Coraline marks yet another twist in the creative progress of Mark-Anthony Turnage. Based on Neil Gaiman’s children’s fable (which has already spawned a film), this new opera brings echoes of Hansel and Gretel and a strong touch of Through the Looking Glass. 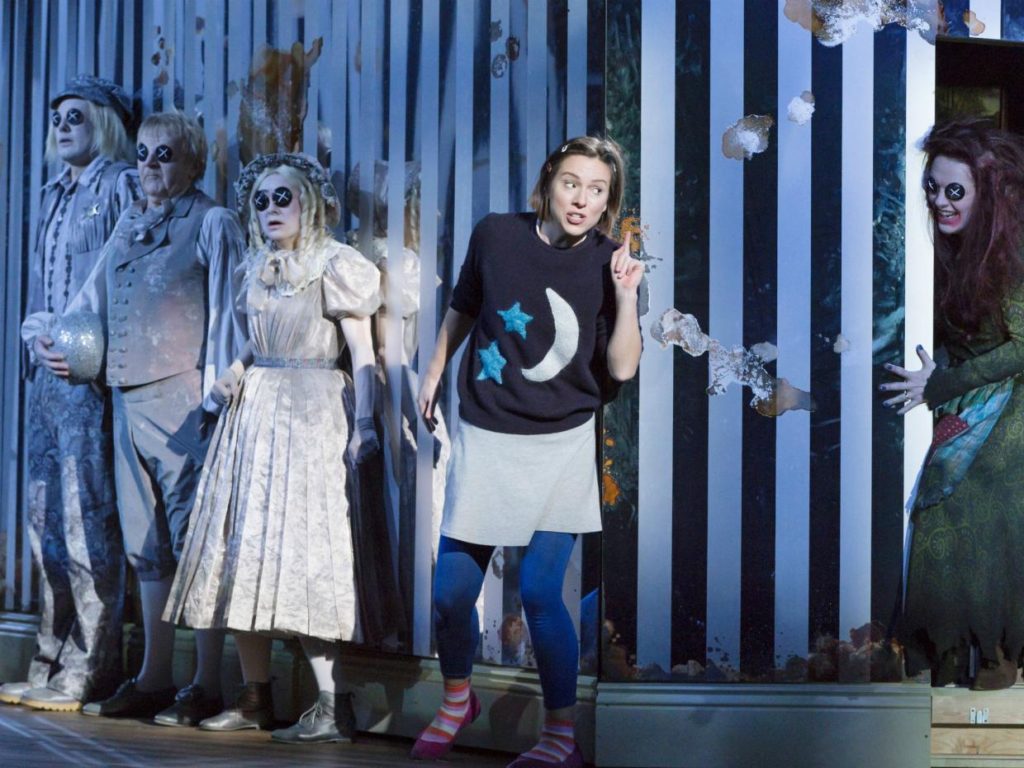 Coraline is a headstrong teenager who is bored to death with her parents – a managing mum and a Heath-Robinson inventor dad – who succumbs to the forbidden lure of a cupboard in their new house; inside it is a brick wall through which she passes after plucking up the necessary courage. On the other side is an identical room to the one she has just vacated: it’s inhabited by a Mum and Dad identical to the ones she’s just left, except for the fact that they have buttons for eyes. It also leads to a series of other rooms, one inhabited by the trainer of a mouse orchestra, another by two stagey old female Thesps.

The plot thickens: warned by an unseen chorus of Ghost Children, Coraline is steered past dangers, and finally induced to save her real parents from the malign machinations of the false ones, with Alice-in-Wonderland tricks being pulled at every turn. The disgruntled teenager eventually sets off for school, well-adjusted and content with her lot.

This is a through-composed work without ‘tunes’ – a hard sell for young listeners not familiar with Turnage’s angular tonalism. The score – given a lovingly detailed reading by the Britten Sinfonia under Sian Edwards’s direction – is full of quirky pleasures: the organum duets for the Thesps, the spooky close-harmony music for the Ghost Children, and the scintillating orchestration for the mice. The lightness of the scoring allows the words of Rory Mullarkey’s libretto to come through clearly, but there, and in Aletta Collins’s direction, there is also a problem.

There is far too much exposition in the recitatives, and the magic is often too swift even for the adults in the audience to register. In fact, the story is much clearer on the page than it is on the stage. Composer and librettist should sit down with blue pencils, take a stiff drink, and clarify their tale with drastic cuts: this could quite easily be done.

But they’ve hit on a tone which clearly works for a teenage audience, and their cast do them proud. Kitty Whately and Alexander Robin Baker are entirely believable as the parents, while Harry Nicol makes a suitably dotty mouse-fancier; Gillian Keith and Frances McCafferty incarnate the Thesps as to the manner born. And in Mary Bevan we get an ideal Coraline, flinging herself about in frustration at the start, and heroically carrying the show while singing a very demanding part. Giles Cadle’s designs work a treat.

As with so many new operas now, this is a co-production with other houses – Folkoperan, Opera de Lille, Theater Freiburg, and Victorian Opera. Which makes it all the more important that the work should be fine-tuned, and got right.