I’ve seen quite a few stage productions of Handel’s Semele, but I can’t remember one as dramatic as the one I’ve just heard by the Orchestra of the Age of Enlightenment under the direction of Christophe Rousset at the Royal Festival Hall. Yet this was a ‘mere’ concert performance, with no attempt at staging. The secret, of course, lay in how it was played and sung.

When it premiered in 1744, people couldn’t decide if this was an opera or an oratorio. It drew on the traditions of the new Italian operatic style, but also on the English melodic tradition of Purcell, and on dance-forms including the gavotte, hornpipe, and siciliano. It wasn’t a success and, apart from the ravishing ‘Where’er you walk’, it languished forgotten for two centuries, before being exhumed and recognised as one of the most consummate products of Handel’s maturity. 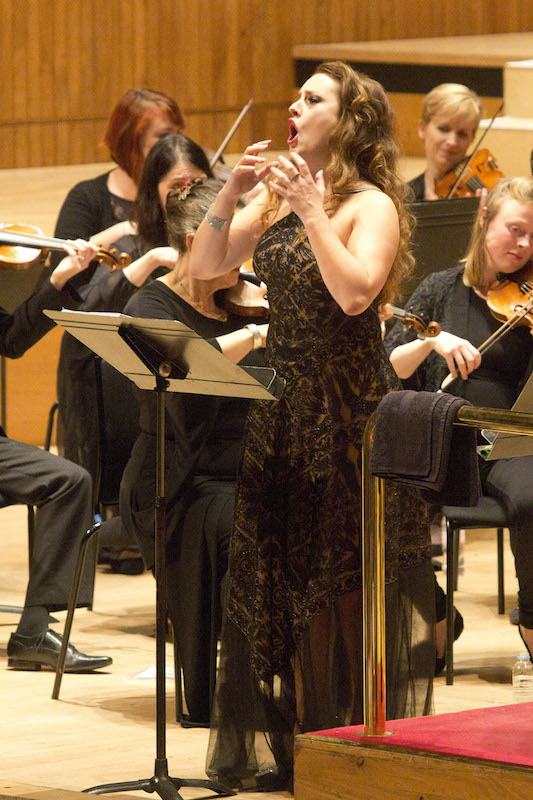 Semele is a vain little creature who spurns her human betrothed in favour of a fling with Jupiter; jealous Juno tricks her into demanding that he elevate her to immortality by appearing to her as the Mighty Thunderer; when he does this – regretfully, because he’s a decent, caring sort of god – she’s burned to a crisp. It’s a comedy, but with a tender sub-plot, and thanks to Congreve’s libretto it’s shot through with wit and humanity.

When not luxuriating in Handel’s slow lyrical numbers, Rousset’s tempi tore along; blessed with a brilliant solo cellist and immaculate performances on natural horns and trumpets, the OAE and its chorus played and sang a blinder. Meanwhile, with just one exception, his soloists honoured the beauties of the score while inhabiting their roles so vividly that disbelief was willingly suspended. Versatile baritone Ashley Riches doubled resonantly as King Cadmus and Somnus the god of sleep, while James Way’s pocket Jupiter exuded melodious warmth. And at the heart of the drama were three outstanding female performers. Mezzo-soprano Ciara Hendrick gave voice to her hopeless love with such persuasive grace that you could sense the hall holding its breath. Catherine Wyn-Rogers – always a larger–than-life presence – galvanised the evening with G&S gusto as the implacable Juno. And soprano Louise Alder set a new benchmark for ‘Myself I shall adore’ – Semele’s ecstatic paean of self-love – by pouting, tossing her curls in the mirror, and emitting little squeaks of delight, while delivering her technically demanding coloratura with exquisite control: this comedian has a golden sound.

Those who saw Jean-Marie Villégier’s Glyndebourne production of Rodelinda in 1998 have been spoilt for all subsequent productions: it wasn’t only the fact that counter-tenor Andreas Scholl was making his mind-blowing British operatic debut in the male lead, it was also the Fascist-Italian art-deco designs, which had a surpassingly assured elegance. Richard Jones’s 2014 production of Handel’s great opera, now revived, is also set in Fascist Italy, but there the parallels stop: nothing could be more different than the way Jones sets up his story. 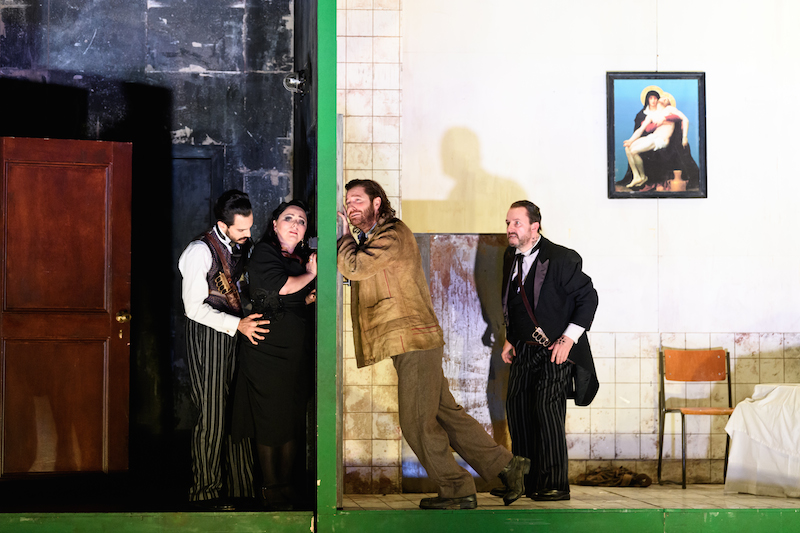 Rodelinda at the ENO  ©Jane Hobson

Or rather, doesn’t set it up: we need to understand that Bertarido, whose throne has been usurped by Grimoaldo, has fled abroad leaving behind his wife Rodelinda, son Flavio, and sister Eduige; that he has circulated false reports of his death, and is returning in disguise; and that he finds his wife’s sexual fidelity under siege from the usurper.

The limp little charade enacted during the overture communicates nothing more than that a mother and her son are pursued and caught, and the curtain goes up on two scruffy interconnected rooms – Grimoaldo spying via CCTV in one room on his victims in the other – where too many kinds of violent business are going on for us to tell what actually is going on. The prevailing mode is an irritating brand of humour similar to that which makes Armando Iannucci’s over-hyped The Death of Stalin such a pain in the butt: some of Handel’s loveliest airs are scuppered by desperately OTT clowning, and there are times when the performers send up their own parts. Tattoos – illegible from the gallery – indicating who is obsessed with whom are a gimmick which wears thin.

But gradually the production clarifies, and allows the manifold beauties of the music to flower. Tenor Juan Sancho makes a mellifluous Grimoaldo, and counter-tenor Christopher Lowrey an engaging Unolfo, while bass Neal Davies is vocally and physically commanding in the baddie role of Garibaldo. In counter-tenor Tim Mead as Bertarido, and soprano Rebecca Evans as Rodelinda, the central roles are gorgeously taken. Mead’s singing has found new fire and purity, while Evans delivers her solos with consummate control: the lilting grace of her ‘Ritorna, o caro’ seems to magic up the stunning beauty of the duet which follows her husband’s return. And from that point on Jones’s production never falters, the stage transforming itself again and again to match the character of the score which, thanks to Christian Curnyn’s direction in the pit, runs the gamut with magisterial ease from tempestuousness to the most exquisite tenderness.