They say great minds think alike, and it’s certainly true of concert pianists: the same work can crop up in near–simultaneous recitals which have been planned years in advance. Thus it was that Kirill Gerstein and Angela Hewitt played Ravel’s Le tombeau de Couperin in the same week, while Hewitt’s choice of Bach’s fourth Partita duplicated Roman Rabinovich’s selection of that work for his recital a couple of weeks before.

Gerstein had begun with Liszt’s thunderous seventh Etude d’exécution transcendante which he followed with Beethoven’s Eroica Variations Opus 35, and if the Liszt had the requisite smack of authority, the Beethoven was grimly monochrome. The joy of those fifteen variations lies in the way the extreme simplicity of the theme gives rise to such a wild fantasia, but Gerstein completely missed its fanciful side, reducing what should have been mischievous clouds of notes to a pedantic plod.

But he gave good value, continuing with Janacek’s ‘From the street’ sonata, and then with an arrangement (written expressly for him) of a Berceuse from Ades’s Exterminating Angel (the baby in question would need ear-plugs), before snatches of Debussy, Komitas, more Liszt, and finally a dark-hued account of the Ravel. His first encore was the Bach-Busoni chorale prelude in which the right hand scampers with dizzying speed: an exhilarating conclusion to a recital in which this fine musician had asserted his ego rather too relentlessly.

If Gerstein was didactic, Angela Hewitt simply wanted to give us a good time, and she succeeded gloriously. The Bach Partita had a lovely balance of style and mood, and Beethoven’s ‘Moonlight’ sonata became an intimate work with hitherto unsuspected charm. The five Scarlatti sonatas which followed were a delight, Hewitt’s pliant touch conveying all the implied images of K380, from bells and bird-calls to guitars and drums. She took a risk with her tempo for K24 with its crazily virtuosic demands, and if she made rather too many awkward crash-landings in the hand-crossing sections, she still got a well-deserved cheer as, red-faced from her exertions, she took her bow. Her Ravel was more delicately conceived than Gerstein’s, and her encores – Pavane pour une infante défunte and La fille aux cheveux de lin – set the seal on an enchanted evening.

Big guns don’t come bigger than Garrick Ohlsson, whose massive but malleable sound filled the Wigmore for the first of four Brahms recitals. His tuition by Claudio Arrau shows itself in everything he plays, and nowhere more so than in the Eight Piano Pieces Opus 76 with which he began. How could the ‘Capriccio in B minor’ possibly sound capricious at the luxuriously lazy pace he gave it? But improbably it did. Each of these lovely pieces had its own character, and they also reflected this American master’s character. The Paganini Variations with which Ohlsson ended his recital – ‘something to break your fingers over’, in the composer’s apt words – were thrilling: one felt drawn into the muscular mechanics effortlessly being enacted over the keyboard, and at the same time liberated into vistas of mountains and valleys, of vast open spaces alive with song. For his encore Ohlsson played Chopin’s Opus 45 Prelude which he prefaced by a little lecture-demonstration showing why this smoothly-arpeggiated work has been dubbed ‘Chopin’s most Brahmsian piece’. The hall was far from full: let’s hope his next recital is better attended, because he’s one of the greatest pianists alive. 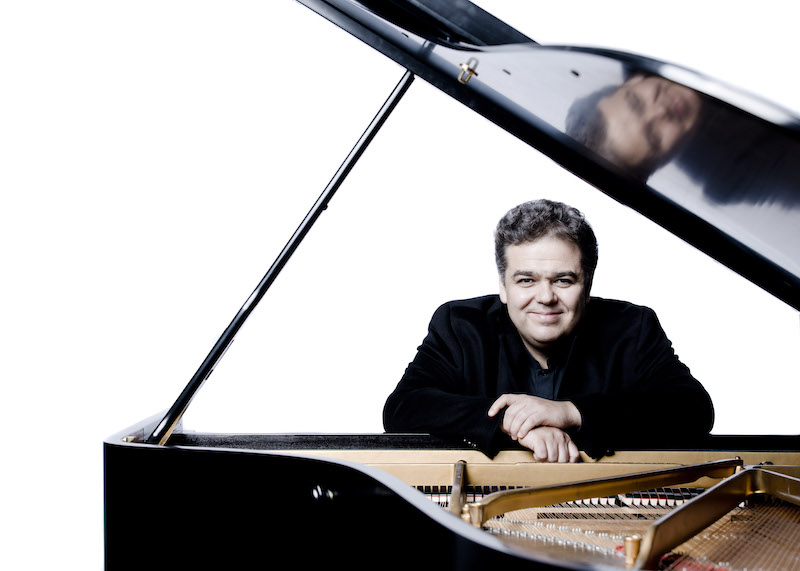 We expected poetry from Arcadi Volodos, but his Barbican recital was breath-taking from start to finish. The programme was going to cover his favourite territory: Schubert, Rachmaninov, Scriabin, and – in the course of five carefully planned encores – Brahms and Mompou. But even with Schubert he sprung a surprise, opening with the rarely-performed Sonata in E major D157, written when the composer was eighteen but here shot through with intriguing textures. The Six Moments Musicaux became a lesson in how to let small works breathe and expand. Then came three Rachmaninov Preludes starting with the most hackneyed one in the repertory, yet here that came over like a new and unfamiliar piece; Volodos’s own arrangement of the Opus 21 ‘Romance’ brought out its daintiness, and with the ‘Etude-tableau in C minor’ we lifted off into the empyrean.

Which was where we remained for the rest of this riveting recital. After Scriabin’s third Opus 25 Mazurka, which felt like Chopin on a mild dose of speed, we got ‘Caresse dansee’, ‘Enigme, ‘Flammes sombres’, ‘Guirlandes’, and ‘Vers la flamme’ in a dreamy sequence of fugitive visions. This generous performer needed no persuasion to give encores, and although the composers involved were familiar, every one of these pieces had been chosen for its whimsical defiance of gravity and mundanity, and for the liberties it gave him to experiment with varying shades of pianissimo. His touch was exquisite, his effects had the refined economy of Picasso pen-drawings, with staccato bass lines picked out on the edge of audibility.