Some operas have to be taken in the spirit of the times out of which they sprang, and this applies particularly to Gounod’s Faust. Nobody today could accept its camp melodrama at face value – it’s way over the top. But in the context of Second-Empire Paris it embodied all the elements of life at that time: louche sensuality coupled with fervent religiosity; conspicuous bourgeois consumption countered by the rage of the Socialist Commune. Gounod himself combined the hedonism of a flâneur with observant Catholicism – for much of his life he was a church organist. 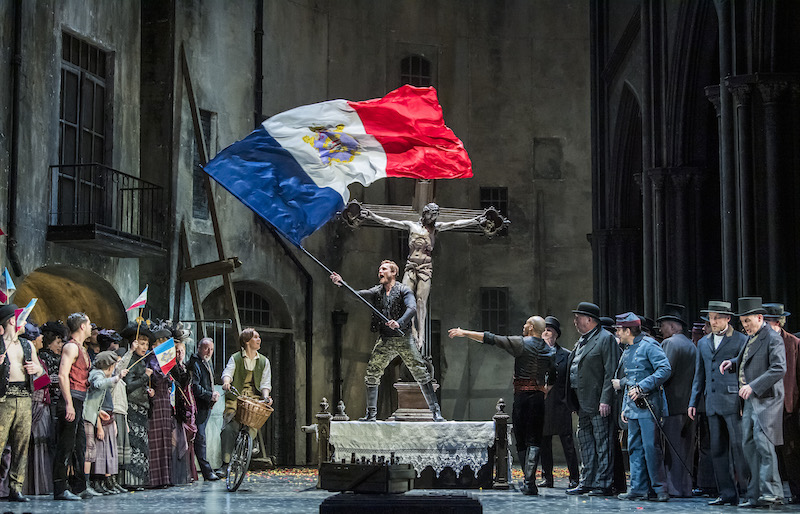 But the announcement before curtain-up was not auspicious. We knew that Anna Netrebko had mysteriously walked out of the part of Marguerite, and that her replacement Diana Damrau had had to cancel because of illness, but the news was that her replacement had also suddenly fallen ill; the role would now be sung by the German soprano Mandy Fredrich, whose plane had touched down at Heathrow at a quarter past four, leaving her just 170 minutes to get to Covent Garden, scramble into her costume, and be inducted into her role. Added to which, the Uruguayan bass-baritone Erwin Schrott, singing the central role of Mephistopheles, was under the weather and would be craving our indulgence. What kind of disaster were we in for?

A wonderful evening. Apart from occasional moments of insecurity as to how to negotiate the unfamiliar scenery, Fredrich might have been rehearsing for weeks, so smoothly did she integrate into the show, and her singing had a winning grace. Schrott’s swaggering Mephistopheles had a tone of whip-cracking authority which blended perfectly with Michael Fabiano’s ringingly full tenor as Faust. The only trouble was that when the pair went out on the town, it was sometimes not immediately clear who was who, so similar were they in tone and manner: one didn’t get the feeling one should have had, of an oppressively manipulative relationship. And clearly nobody had thought to tell Fabiano to act with his voice as well as his body: he’d got the movements of a very old man just right in the opening scene before his transformation into his youthful self, but his voice had a youthful ping from the start.

The deftness with which this all-singing, all-dancing show bowled along under Dan Ettinger’s vigorous beat, replete with tumblers and jugglers and pullulating citizenry in the post-war celebrations, took the breath away. Stéphane Degout’s Valentin was nobly drawn, while Marta Fontanals-Simmons as Siebel sang with driven intensity. As a result we could unquestioningly accept the chaste beauty of the closing pageant, rather than shrugging it off as just another melodramatic effect.