When the curtain rises on Boris Godunov, the gaudily-painted spinning-top which adorns it turns out to be a giant version of the toy with which a small boy in a white suit is playing. But the stage is divided into two contrasting regions: an upper one which is clean and brightly lit, and a lower one which is dark and sludgy, and in this nether world Tsar Boris sits, lost in thought. Three black-clad figures steal on, cut the boy’s throat, and carry him off like a doll. This is director Richard Jones’s symbolic way of telling the back-story to the opera: Boris has murdered young Dmitri, the heir to the throne, and he is now plagued by guilt. 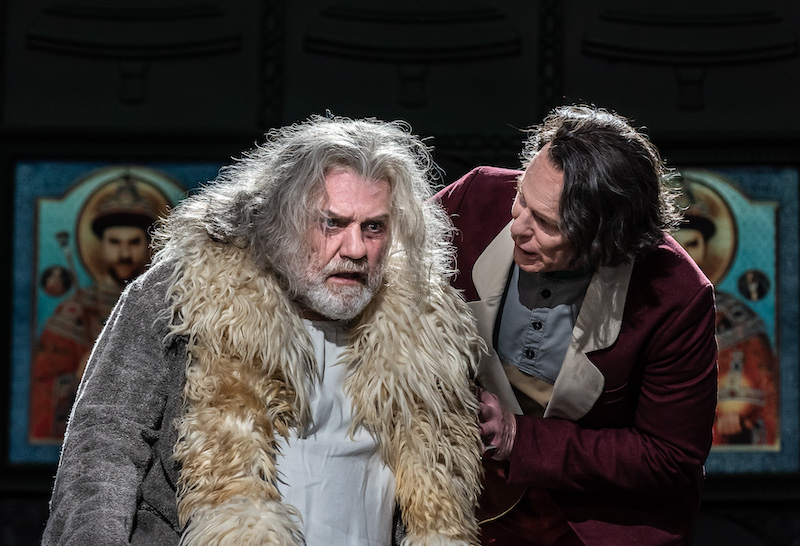 The events which follow – lasting 130 minutes without an interval – chronicle the Tsar’s progressive psychological disintegration, while a plot to avenge the murder and depose him is led by Grigory, a novice monk. The libretto, based on the tragedy by Pushkin, encompasses the grand sweep of sixteenth-century Russian history during what was appropriately known as the Time of Troubles; Musorgsky’s achievement, with his brother Modest’s monolithic, male-dominated plot, is to make that history gripping reality through rolling arias, surging choruses, Orthodox chants, and dark orchestral glamour. The opera went through several revisions, but this was the original version, dealing in big, simple effects which are here given a magnificent and quintessentially Russian rendering under Marc Albrecht’s direction.

Now in revival, the production has settled in wonderfully, with the splendour of Miriam Buether’s sets and Nicky Gillibrand’s costumes matching the grandeur of Musorgsky’s conception. By dividing the stage into parallel worlds Buether makes visible the central contrast between the murderous manoeuvres of the ruling class and the sufferings of the masses. We are in no specific period, but the costuming and direction of the assembled boyars and peasants suggests a timeless subtext about cycles of oppression.

In musical terms the contrast between rulers and ruled is brilliantly realised, with the chorus – including the children’s chorus – really sounding Russian, and the ecclesiastical chants radiating a lovely authenticity. 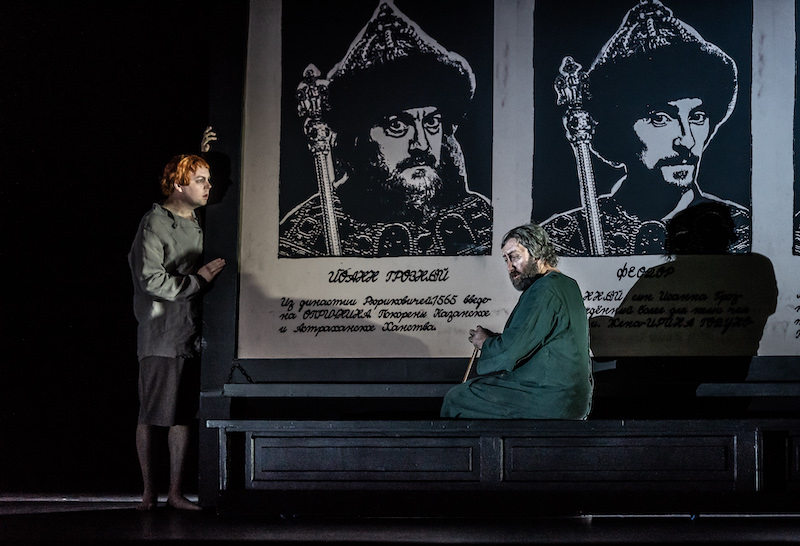 The role of Boris is sung, as before, by Bryn Terfel, and this time he makes a more convincing stab at it. Once Chaliapin’s calling card, it’s a huge role which demands a Lear-like pathos, and Terfel delivers that. But his two great soliloquies lead me to a heretical thought: I suspect that bass-baritone Matthew Rose, who sings the role of the monk Pimen, would actually make a better Boris. When the two men share the stage in the final scene, it’s Rose’s voice I enjoy more. Terfel’s sound has become dry and hard; Rose’s sound is bigger, warmer, and much more beautiful, and he too is a fine actor.

Here this towering masterpiece of Russian music gets a production to match.