Afghan soloists plus the Oxford Philharmonic

Qur’an scholars will never agree on the vexed question of whether the enjoyment of music is – or is not – haram, a sin. All Muslim societies sit somewhere along the spectrum between the joyful embrace of music, and outright condemnation of it. The Afghan tragedy is that that passionately musical nation should now be in the grip of a small group of music-hating misogynist psychopaths.

Dominated by the mellow-toned rubab, traditional Afghan music reflects a rich blend of influences from North India and Iran, with its dominant vocal genre – ghazal – consisting of subtly-accompanied rhyming poems about a love which is at once carnal and religious. Reinforced by Kabul radio, music like this, and also home-grown pop spearheaded by the ‘Afghan Elvis’ Ahmad Zahir, became hugely popular in the Sixties and Seventies, but then politics kicked in.

The Soviets invaded, Zahir was assassinated, and though the Communists supported music, the mujahedin who followed in their wake subjected musicians to increasing censorship, as though in preparation for the scorched-earth policies of the Taliban. The first period of Taliban rule saw all instruments destroyed, and many musicians murdered, with the survivors fleeing into exile.

The charismatic singer Mahwash – one of the country’s biggest stars – once weepingly told me why she’d had to take refuge in California. Her family had tried to poison her for bringing them into disrepute by singing on the radio, but she’d survived that. However the Taliban drove her into exile, and she now doesn’t dare go back, much though she longs to. The death threats she’s received if she does return are alarmingly genuine. 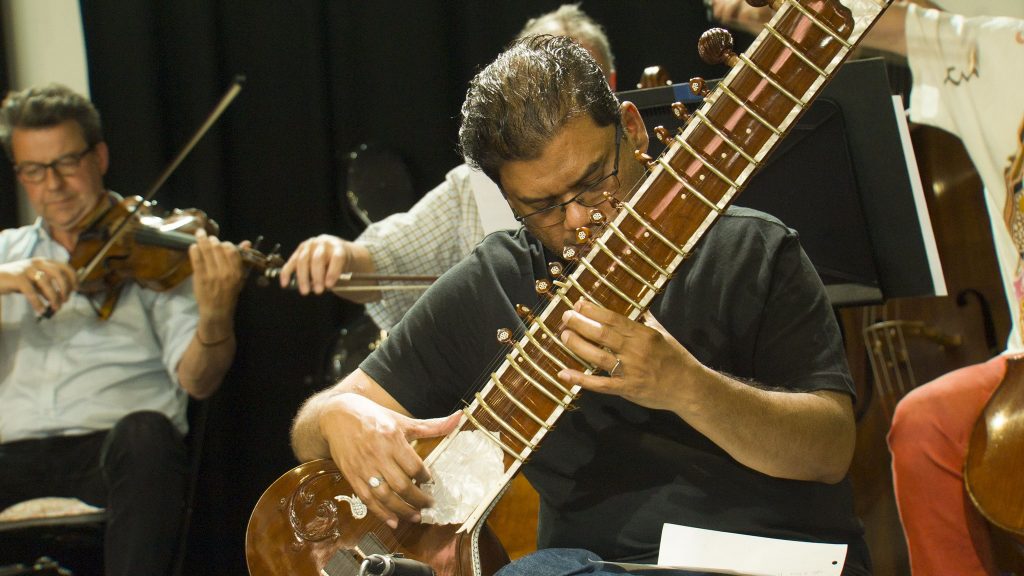 The irony of the present situation is that the 20-year period between the first defeat of the Taliban and their recent resurgence has seen great progress in women’s rights, particularly in education, with the establishment of music schools and even an Afghan Women’s Orchestra. Last summer all that was destroyed at a stroke, spurred by the Taliban’s irrational terror of women.

Hence this remarkable event at the EartH [sic] concert hall in Hackney, designed to showcase the ambitiously orchestral music which is still being composed, but which can’t be performed in its country of origin.

With nine composers – all in exile or in hiding – telling us by video about their lives and work, it was a moving event. Flute virtuoso Zalai Pakta sent a WhatsApp saying the Taliban had found his computer with music on it, and had destroyed it. Performed by a small group on Afghan traditional instruments, plus the Oxford Philharmonic under Cayenna Ponchione-Bailey’s direction, his new work had lovely grace.

All the new works performed here were seeking some fruitful synergy between European and Central Asian musics, but, as we have learned from similar attempts by European composers, satisfactory solutions are elusive. But for these embattled composers, emotional urgency trumped technical considerations.  ‘Dance of Terror’, ‘Dawn’, ‘Hope’, ‘Nostalgia’ – their titles all reflected what Afghans are now living through. As Arson Fahim poignantly put it, ‘When you live in a place where a bomb or terrorist attack can kill you or someone you love, you have to laugh in the face of death.’ Afghan pain, he said, is unimaginable to anyone else.

So what can we do to help? Support the International Campaign for Afghanistan’s Musicians – icfam.info. They need all possible help.