The last major work composed by Richard Strauss, and also by a mile the most beautiful, Metamorphosen has teased musicologists with its words ‘In memoriam’ penned at the close. A mischievous German critic once suggested that it was an elegy for Hitler, with whose regime Strauss had for a time collaborated; slightly more plausible claims have been made for the subject being Beethoven, the theme of whose Eroica funeral march underpins the closing bars. But Strauss’s real intention should always have been clear. He began work on the full score the day after the Vienna opera house was bombed; the opera houses in Berlin and Dresden had also just been destroyed. The culture he had loved and lived for was dead – that was what his elegy was about. 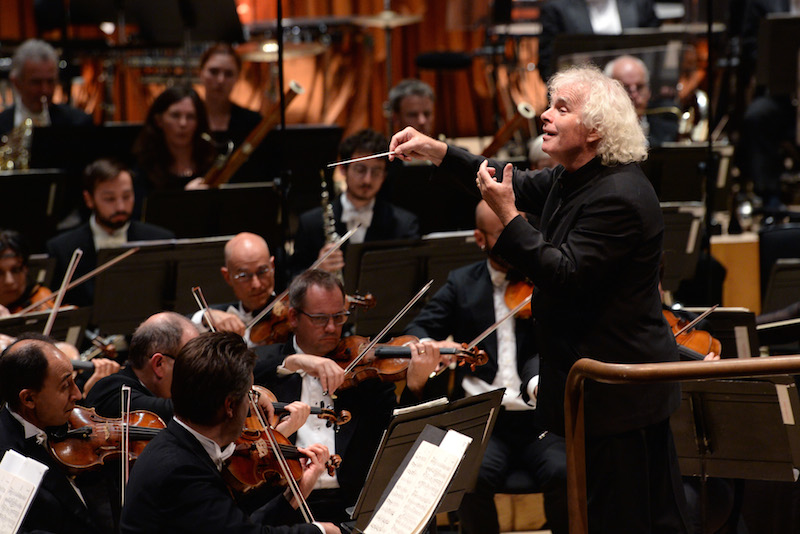 The title of the work is not accurate, in that the themes running through it don’t get transformed – they are simply elaborated. Each player in the ensemble – ten violins, five cellos, five violas, and three double basses – is in effect a soloist, and as Simon Rattle and the elite string-players of the LSO showed, the effect is profoundly mysterious. It felt as though, amid the ashes of war, we were wandering through a palace in the air and being taken from room to room, with the constantly shifting tonality suggesting different conversations all finally coalescing into one.

And if despairing resignation was the leitmotiv, serene acceptance of fate was the leitmotiv in the other work in this concert. Mahler composed Das Lied von der Erde in response to two shattering blows – the death of his daughter Maria, and the discovery that he had a terminal heart-problem – but this work, whose poetic text celebrates the pleasures of life while preparing to leave it, is pervaded by ecstatic joy. The vocal soloists – tenor Simon O’Neill and baritone Christian Gerhaher – vividly incarnated the two sides of the emotional coin, while the instrumental soloists of the LSO under Rattle’s direction put up a dazzling firework display. If their principal flautist richly earned his ovation at the end, so did the rest of the woodwind in this masterpiece of text-painting; ‘The Farewell’ unfolded with an overwhelmingly majestic sadness.