The most amazing thing about Richard Strauss’s final opera is when and where it was first performed: Munich in 1942, when those who turned up to see it did so despite the risk of being caught in an air raid. As its original director observed, people yearned to experience a world of beauty beyond the dangers of war. The world around them was collapsing, and this supremely elegant caprice – a capriccio – offered a defiant antidote. 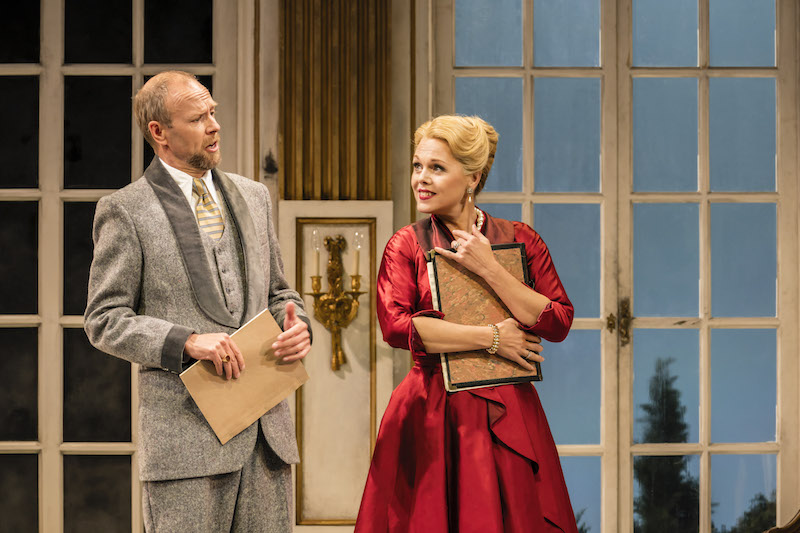 Tim Albery’s new production is perfectly judged for its Garsington home, bidding farewell to its house-party guests as they tog up and climb into their limousines. The core of Tobias Hoheisel’s set is a gilded and pilastered salon with an outer cladding of cool modernity; the paintings which decorate it – an old master and a contemporary abstract – are swapped as the argument moves between the eighteenth century and the twentieth.

That argument is based on the Italian motto Prima la musica e poi le parole – ‘first the music and then the words’ – and there seems no end to the intellectual gymnastics which Strauss and his librettist Clemens Krauss turn on it. The whole thing is a critique on opera, with a playful drama as its symbolic armature: who will the Countess choose for her next lover, Flamand the fiery composer, or his rival Olivier, the passionate but cerebral poet? There’s no answer to the riddle, of course: these arts are ‘brother and sister’, and they reciprocally release each other’s power.

Which is to a considerable extent what happens on stage. Tenor Sam Furness and baritone Gavan Ring are nicely contrasted as composer and poet, pointing up the ambiguity of their lines so that we can’t tell where fantasy ends and real life begins. William Dazeley’s Count is suitably commanding, while Hanna Hipp brings a clunky kind of divadom to the role of Clairon, his current flame; Graham Clark makes a vivid irruption as the prompter Monsieur Taupe, brought up from his subterranean hole. 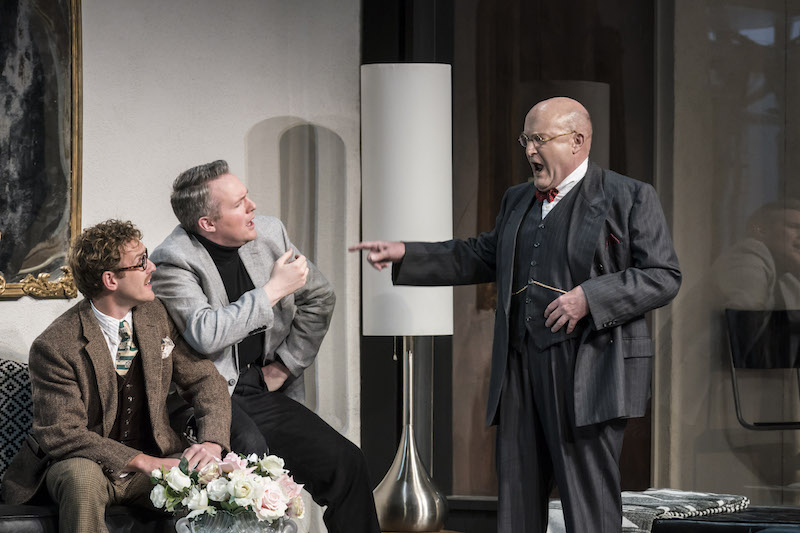 With a peppery temper and salty wit, Andrew Shore as La Roche makes a brilliant ringmaster of the enterprise, while in Miah Persson we get an ideal Countess. Bravely rising from her sickbed to sing in the premiere, she was initially a rather pale presence, but as the evening wore on her sound gained majestically in power and radiance. In her closing aria – Strauss’s long goodbye to opera – she rose gloriously to the challenge of a tour de force which Elisabeth Schwarzkopf had once made her own. Under Douglas Boyd’s direction the musical edifice was splendidly sustained, repeatedly spinning golden harmony out of Strauss’s moments of ingeniously controlled chaos.

If the opening show of the Garsington season – Netia Jones’s take on Die Zauberflöte – was profoundly misconceived, this serene production is a hit.