When the lights go up on Netia Jones’s production of Die Zauberflöte, we see that she’s turned the stage into a near-simulacrum of the formal garden outside. Young men in dark suits are busy amongst topiarised spheres and cones, and tracing geometrical shapes on the neo-classical façade of the building beyond. But this is not an attempt, though it might seem one, to evoke the spirit of Peter Greenaway’s film The Draughtsman’s Apprentice: it’s all about Freemasonry. 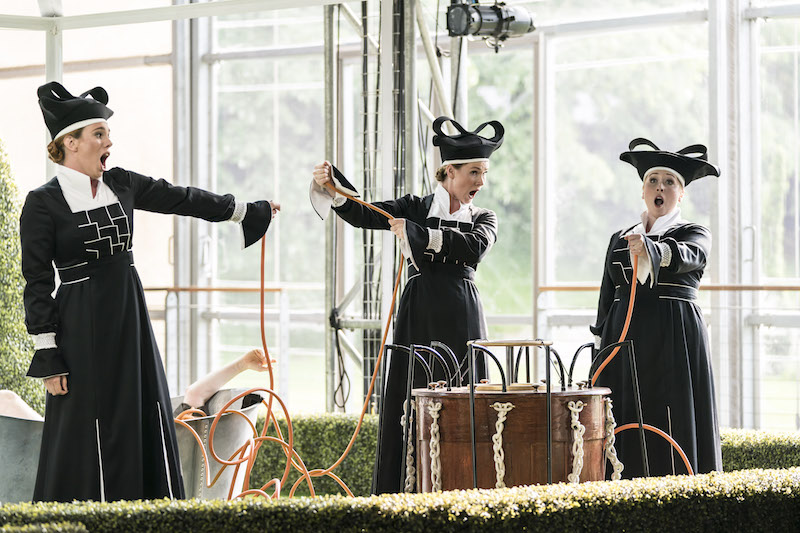 Mozart was a passionate adherent of the mystical Rosicrucian strand of that Enlightenment religion, and Jones takes licence from this to set the opera’ second act in a Masonic lodge. The presence of female characters – and a part-female chorus – is just as neatly rationalised, with the Queen of the Night presiding as prioress over a coiffed sisterhood. As an over-arching concept, this makes logical sense. But it also leaves no space for the imagination. Jones allows herself one brilliant visual coup de theatre, suggesting the triumph of light over darkness, but the sublime mystery pervading this work is hardly best served by reducing its priesthood to a grey row of gents in natty little aprons. Freemasonry in the eighteenth century was a noble cause, the absolute antithesis of its grubby twenty-first century manifestation. The literalism of the concept destroys the poetry of the work.

But this is, in its own terms, a clever production. Jones’s solution to the perennial problem of the monster in the opening scene is to have Tamino caught in the coils of a mischievously over-heated electro-convulsion machine. Her three Ladies seem to be running on casters under their long skirts, while her three boys appear on roller-skates (and indeed they skate a lot better than they sing). The magic flute itself is a miniature gramophone with a horn. There are plenty of laughs, the costumes and movement are stylish and inventive, Christian Curnyn conducts with springy Mozartian grace, and the cast is strong. 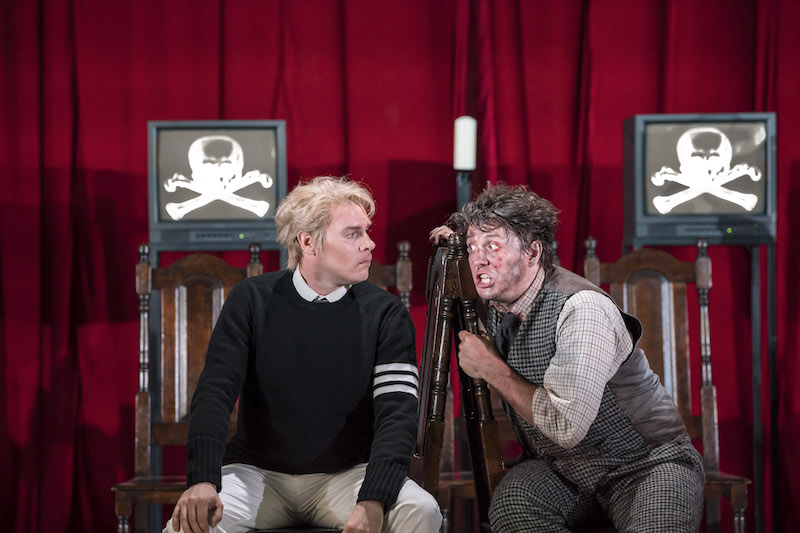 Benjamin Hulett gives us the most forcefully-sung Tamino we have heard in years, while Jonathan McGovern’s charismatic Papageno is a lovely character-study in peasant wit and wisdom. Sen Guo’s Queen of the Night exudes furious authority while hitting her high notes with laser-like accuracy; Richard Burkhard, James Creswell, and Lara Marie Müller deliver the parts of the Speaker, Sarastro, and Papagena with warmth and conviction.

But there is a hole where the heart of this drama should be. Louise Alder’s singing as Pamina is unfailingly beautiful, but her interpretation of her part goes against everything the score demands. Bouncing bossily round the stage and singing unrelieved fortissimo, this princess knows nothing of fear and loss, so when she comes to the point of slitting her wrists in despair we just don’t believe it: while McGovern’s despair is tangible, Alder’s is merely mechanical. Is this what Netia Jones wanted? And if so, why?