While ENO produces one turkey after another, Covent Garden continues to fly the flag. It has just brought back David McVicar’s production of Die Zauberflöte for its seventh revival, and, although not perfect this time round, this show still makes an ideal prelude to Christmas. 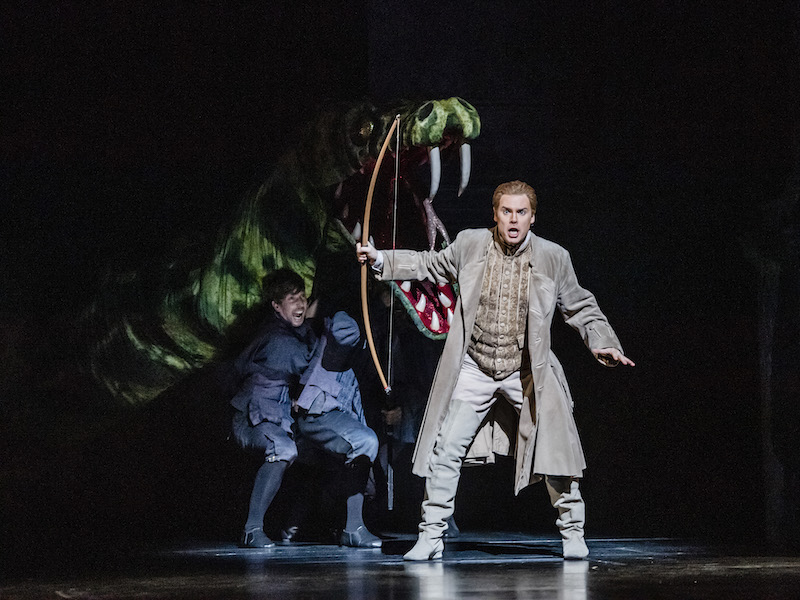 Benjamin Hulett as Tamino in The Magic Flute ©ROH/Tristram Kenton

The cast is entirely new, and it’s led by a British tenor who is now deservedly moving centre-stage in London after a long apprenticeship in Germany. Benjamin Hulett’s sound is simply glorious – rich, rounded, warm, and expressive – and he incarnates Prince Tamino as though born to the part. One can’t say the same for Elsa Dreisig as Pamina: this French-Danish soprano comes on like a flirt, with none of the sweetly embattled vulnerability which the drama demands. I doubt whether revival-director Barbara Lluch devoted much time to getting her to imagine her way into her role; as a result there’s a gaping hole where the story’s heart should be.

Likewise Tuuli Takala’s Queen of the Night. This Finnish soprano is a superb singer, and sails through her coloratura arias with accomplished ease, but she’s ice-cold where she should be anguished; she too needs tuition in the basics of characterisation. Vito Priante’s Papageno, however, although initially understated and small of sound, evinces irresistible pathos as he prepares to hang himself in despair, and infectious delight when he lands his Papagena (nicely sung by Yaritza Veliz). The Three Ladies are forceful, the Three Boys are funny, Rodell Rosel’s subtly-delineated Monostatos has more humanity than is usual with that character, and Andreas Bauer Kanabas has all the gravitas we require of the benign ruler Sarastro. Meanwhile conductor Leo Hussain too needs lessons, including one about keeping time with his soloists; at present his coarse-grained approach to the score is obliterating Mozart’s loveliest instrumental effects. 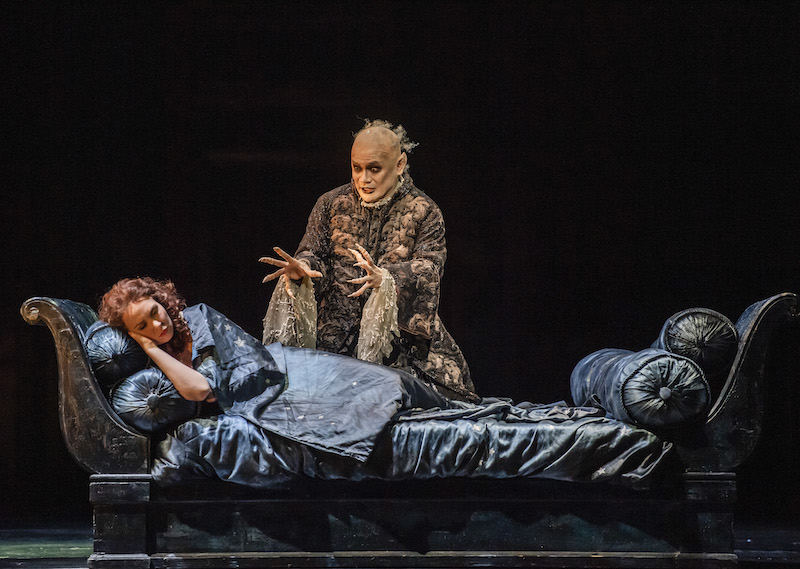 It would take a heart of stone not to appreciate the gentle humour of this production, whose magic is charmingly abetted by John Macfarlane’s painterly sets and by Paule Constable’s chiaroscuro lighting. Time and place are pleasantly jumbled, with the boys making their entrance in a winged box-cart, Sarastro making his in an Imperial Chinese palanquin, and Monostatos and his gang disporting themselves in 18th century periwigs. The nocturnal hi-jinks are great fun. And the final image – John Macfarlane’s masterpiece – merges with Mozart’s chorus of triumph with majestic grace, as a giant sun rises to light up the whole world.