A new concert series (HP Futures); a new venue (St Martin-in-the-Fields has transformed both its subterranean regions and its artistic programme); and a potential new star in the making: what’s not to like? Jasper Parrott continues to seek out and back new talent; Trafalgar Square’s lovely 18th century church has raised its game after years of somnolent mediocrity; and the Israeli pianist Yoav Levanon, who is just eighteen, has now made his UK debut.

It certainly helps that Levanon looks from a distance like a dead ringer for the young Franz Liszt: the same hair, a similar facial structure, a similarly elegant stance.  And when he plays, he’s almost motionless apart from his flying hands. And for this concert he had put all his goods in the window: Mendelssohn’s Variations sérieuses, Schumann’s C major Fantasie, Liszt’s Sonata in B minor, and Gershwin’s Rhapsody in Blue. Any one of these could have been the centrepiece for a satisfactory programme of smaller works; to get them all together seemed a mite indigestible – but this was clearly a man in a hurry. 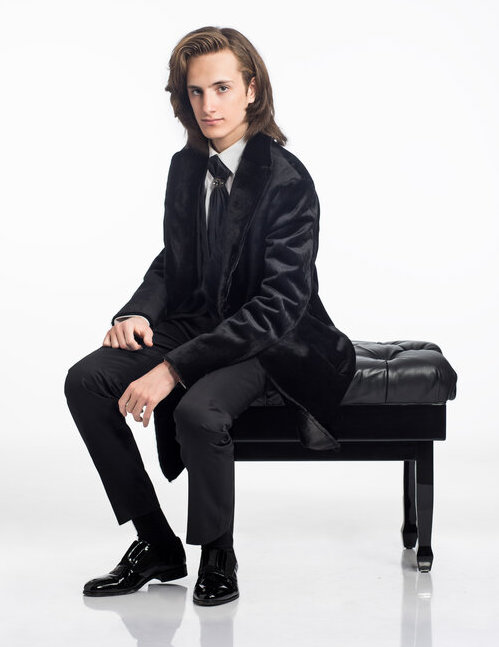 For one so young, this was an undeniably impressive event, and his default mode was a very big sound. The Schumann emerged as a noble conception, surging passionately along in the first two movements, and exuding an amalgam of sweetness, vulnerability and mystery in the finale. Levanon’s Liszt had nobility too, but over-pedalling blurred much of its central sections.

It was the Mendelssohn which really alerted me to the fact that, although Levanon is far from being a finished artist, there may be the seeds of greatness here. Variations sérieuses is often played as pure virtuosity with heart on sleeve, but Levanon opened it up to reveal sound-world within sound-world, in a lovely emotional and textural landscape. The Gershwin had infectious swing. The second encore was an efficient rendering of ‘La Campanella’, but the first – Chopin’s C sharp minor Opus 45 Prelude – was horribly mangled, with obtrusive vibratos obscuring the sublime simplicity of its line. It wasn’t helped, either, by the obtrusive noise of the traffic outside. If St Martin-in-the-Fields really aspire to join the classical fast lane, they are going to have to do some brisk double-glazing.